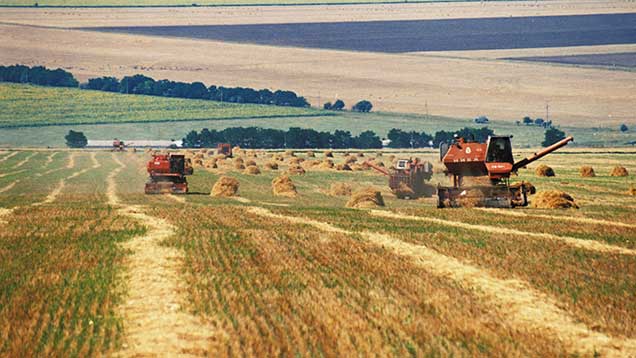 As part of a our global farmland guide Farmers Weekly asked Wojtek Behnke of the International Agricultural Investments team at Brown & Co about the farmland market in Russia.

Cereals, vegetables and dairy. From a production perspective there are huge opportunities to develop broad-scale businesses in the sector

See also: Farmland in Europe – prices and players from east to west

There is essentially no market for grassland in Russia – there is either tilled or untilled land, which is incorporated in the prices above for arable land

Large blocks of arable land in fertile condition and with infrastructure. Land from about 12,000-75,000 acres with some crop storage and buildings. Climate varies across the region, so in the South irrigated farms are more sought after, but not so much in the North. Lighter chernozem soils are in high demand

We are talking mostly of western Russia, which is that part between Ukraine and the Ural mountains. This is a vast area of land with a range of soil types and different climatic conditions. Chernozem soils can be very heavy clays or clay loams, rich in mineral content and versatile

International relations are at rock bottom. The commercial environment is challenging for both international and domestic operators, although some of the more established domestic operators have seen huge short-term gains as a direct result of trade sanctions. Lots of land remains unfarmed due to poor infrastructure and financial support.

Under the current regime, Russia is trying to be self-sufficient in agriculture, which is a huge challenge for such an underinvested sector. Russia is looking east to establish more economic ties with Asia and is having some success. Under the current government there are no signs of a positive relationship with the West for the foreseeable future

Players in the farmland market

Corporate dominance exists largely due to the investment requirements. Local farmers are often small-scale, but larger farms are steadily being formed

Under a corporate structure it is possible to own land in Russia. The law is well established in this regard and many organisations have done this successfully