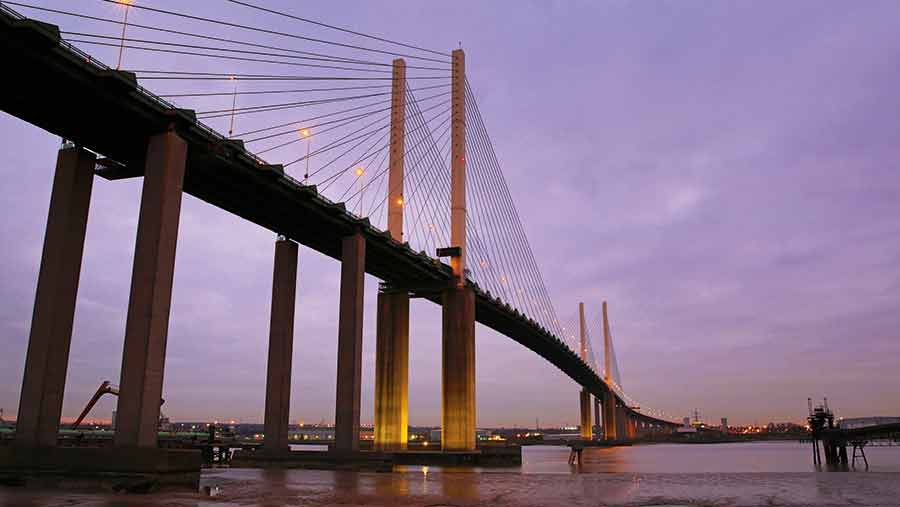 More farmland will be lost to development in the south east of England with the construction of a new Thames river crossing.

Highways England is consulting on plans for another crossing to the east of the Dartford Bridge. This is needed to ease traffic congestion and unlock economic growth in the region, it says.

These lead to the proposed river crossing, which would be situated to the east of Tilbury in Essex and Gravesend in Kent. A final decision on the route will be made by the government later this year.

Tom French, compulsory purchase expert and partner at Kent land agent BTF Partnership, said he believed fewer than 20 farms might be affected, but there were actions they could take to “put their house in order” in the run up to any compulsory purchase action or loss of value claim.

See also: Farmers’ HS2 concerns are still not being heard

The consultation closes on 24 March 2016. Andrew Shirley, chief surveyor for the Country Land and Business Association, said affected landowners should respond to the consultation to put forward their case.

“Don’t be constrained by the questions asked – you can write a letter [to submit]. But it is important to give context,” he said.

“Lots of consultations have people who object. Landowners need to explain clearly if they don’t want it, the impact it will have on the holding and put forward reasons why it would be better not to be on their land.”