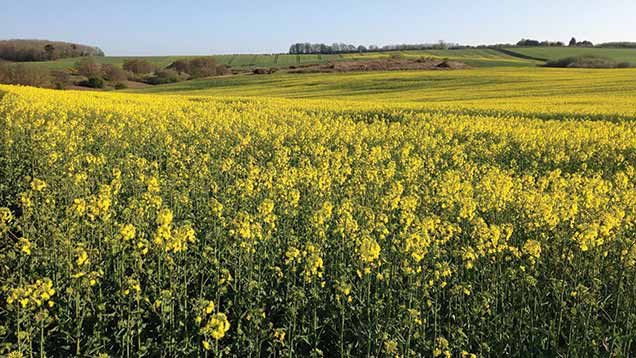 A wave of tenancy opportunities is hitting the farmland market this week, totaling about 1,600 acres.

Almost 1,000 acres of arable land is to let in four locations in the Horncastle region.

Manor Farm near Great Sturton has 230 acres of Grade 2 and 3 farmland, plus 620t of grain storage on a three-year Farm Business Tenancy (FBT). The tender deadline is 16 June.

Some of the 260 acres at Hatton Hall Farm, near Hatton, are suitable for growing potatoes and field vegetables and the farm has a large irrigation reservoir and 500t of grain storage. It is available on a five-year FBT and tenders must be received by 18 June.

Near Poolham and Old Woodhall, Firgrove Farm has about 155 acres of arable land with a 500t grain store and drying facilities split into two lots on a five-year FBT with a tender date of 17 June.

Ninety-four-acre Swinsty Farm offers a mixed operation on a 10-year FBT. The land is split into 12 enclosures suitable for grazing or cropping with the majority put to a combinable rotation.

Traditional buildings have been modernised and sit alongside a steel portal-framed shed and crop store. A five-bedroom farmhouse is included.

Tenders must be in by 24 June.

A further opportunity to bid for a mixed enterprise has surfaced with Foxley Farm, which has 157 acres of arable and 101 acres of pasture available on a five-year FBT.

The farm, near Towcester, has a former dairy, large livestock building, covered yard, general-purpose shed and slurry store with a dirty water system.

The arable land is put to wheat, oilseed rape, barley and oats and is entered into an ELS until October 2016.

A five-bedroom farmhouse can be included, and applications must be received by 8 July.

Tenders are invited for a seven-year FBT on a 357-acre livestock farm.

Marton Scar Farm near West Marton and nearby land at Greenbank Farm, East Marton, come in five lots ranging from 63 acres to 107 acres, but are also available as a whole.

A three-bedroom farmhouse is included, and the application deadline is 5 June.