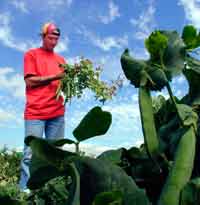 The number of people working in agriculture has dropped by a quarter across Europe since 2000.

Between 2000 and 2009, 3.7m people left the farming sector, according to figures released by Eurostat, the EU’s office of statistics.

The results show 11.2m people were employed full-time in the 27 countries in the EU during that period.

During the same period, income generated per worker rose by 5%, the report says,

However the change varied significantly across the EU, with workers in the newly-joined countries seeing incomes rise by 61% and those in the original 12 member states seeing them fall by 10%.

In the UK, the number of people employed in farming over the period fell by 13.2%, while income generated increased by 71%.

Poland had the highest number of agricultural workers, accounting for 20% (2.2m) of its workforce.

• Are you a a farmworker? Why not take part in our farmworker survery, which offers the chance to win £500? Click here for more details.