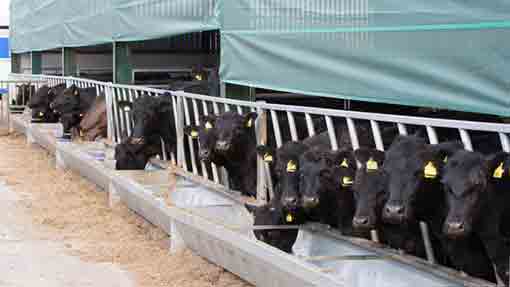 Lower feed prices over the coming months could offer the chance to save on next year’s costs.

Poor weather during the US soya bean harvest and concerns over European wheat quality have caused prices to jump since the start of October, but traders have insisted buyers can find good value by looking ahead.

Anglia Farmers feed and raw materials manager Phil Garnham said in a couple of weeks the uncertainty over the US harvest should settle down and that prices would still be low compared with recent years.

He said buying a standard 18% protein compound now for next spring would save about £15/t on November 2014 prices and one for next winter could be about £25/t cheaper.

On protein, US crop concerns had pushed up Chicago soya prices for December delivery by about US$50/t (£31/t) since the start of the month.

“The recent fall in milk prices is also putting a strong focus on alternative feeds, which in many cases offer the opportunity to cut feed costs without undermining performance.”
Chris Davidson, KW Alternative Feeds

For cereals, British feed wheat has also crept upwards and was making £106-£115/t last week, after prices dipped below £100/t at the end of September.

At the start of this week, rape meal for November through to April was available for £179-185/t.

Soya meal for November-December could be bought for £325-336/t, but January-April was a few pounds cheaper.

Unmolassed sugar beet feed was available for £145-148/t through November to April, while soya hulls were at about £135-140/t over the same period.

KW Alternative Feeds national dried/liquid feeds manager Chris Davidson said wheat distillers’ feed from Vivergo’s bioethanol plant was, at £170-175/t for November to April, much better value than rape meal and would now be available into next summer.

“The recent fall in milk prices is also putting a strong focus on alternative feeds, which in many cases offer the opportunity to cut feed costs without undermining performance,” he said.

“Over the past four months, rape meals into the UK ruminant sector have been largely replaced by wheat distillers’ feed, for example.”

He said if farmers looked ahead there were good buys on cereals for May-October 2015 and would be on proteins too, once the short-term pressure eased off.

“The competition is there between merchants which should help. Farmers should be pro-active in their buying,” he said.