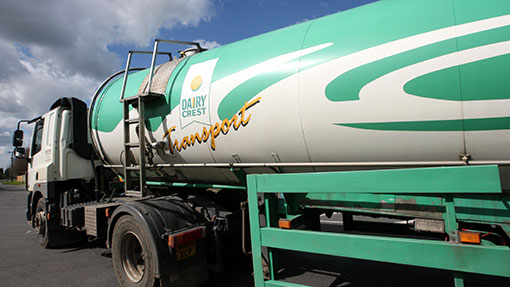 The sign-up for Dairy Crest’s formula contract is down for the start of the new milk year.

From 1 April, 160 farmers will have some of their milk priced by the commodity-tracking formula, compared with 175 last year.

The volume committed to the core and simplified formula contracts also fell from 120m litres last April to 110m litres this year.

Dairy Crest relaunched its formula in March, boosting the price from April by 2.486p/litre to 32.56p/litre and offering an early sign-up premium of 0.19p/litre.

It also introduced a simplified contract option, without profile and with a lower butter requirement, and said farmers could enter the core contract later in the year.

Farmers have to commit to Dairy Crest for 12 months when they sign up 25%, 50% or 75% or 100% on the core contract, and simplified formula members had to commit all of their milk.

“The formula is still very appealing for a lot of farmers. It is about being as transparent and open as possible and giving our farmers options.”
Michael Masters, secretary of Dairy Crest Direct

“The formula is still very appealing for a lot of farmers,” he said. “It is about being as transparent and open as possible and giving our farmers options.

“There was not the time pressure [this year]. We said it was going to be open to join in April, July, October and January 2015, so there was not the compulsion to sign up straight away.”

The Dairy Crest formula was developed by independent consultant Stephen Bradley and tracks the prices of bulk cream, retail milk, feed, fertiliser and fuel to produce a monthly milk price.

Its price was similar or higher than Dairy Crest’s standard liquid contract until November, when it started to slip behind.