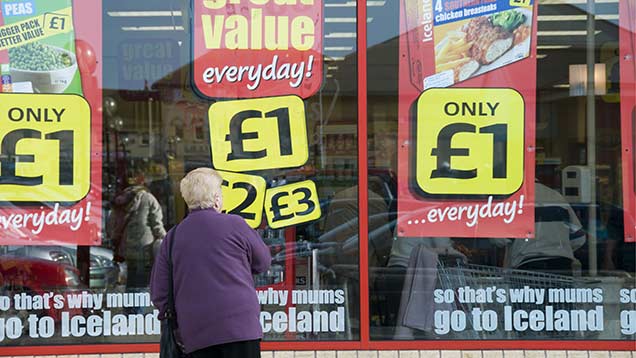 Protest group Farmers For Action has called for the dairy industry to unite, after scoring a major victory in its fight for fair, transparent milk prices.

A top target in FFA’s campaign of blockades, Iceland, has promised to link directly what it pays processors for milk to the current farmgate price.

If the farmgate price paid by Iceland’s suppliers Arla and Muller Wiseman moves up or down, how much the supermarket pays the processor will move by the same amount.

The retailer has also committed to source 70% of its cheese from the UK and make it carry the Red Tractor logo.

“Here we have one of the worst discounters of milk and things are being done there. The others have got to follow now.”
David Handley, Farmers For Action

And it has offered to open its books to any independent watchdog appointed by the government to investigate the dairy sector.

FFA chairman David Handley said the success proved what well-supported protests could achieve, but those representing farmers now needed to work together.

NFU dairy board chairman has previously claimed protests were “not a sensible option” when it was not clear how they would deliver more money for farmers.

“FFA is not going to stop further cuts on its own,” he said. “I will travel anywhere and sit down at any table with anybody in the industry.

“The farmer representation has an obligation to the people it represents. Some of us got parts of it right and some of it wrong, but we have got to get it right for our farmer members.”

Mr Handley made demands to Iceland in several meetings and had the news confirmed in writing in the middle of last week.

He said Iceland’s announcement was one of the biggest moves in processor-retailer dairy relationships and should set a precedent.

“Here we have one of the worst discounters of milk and things are being done there. The others have got to follow now.”

FFA has also written to Muller Wiseman, demanding full access to its accounts to make sure all due monies have been paid.