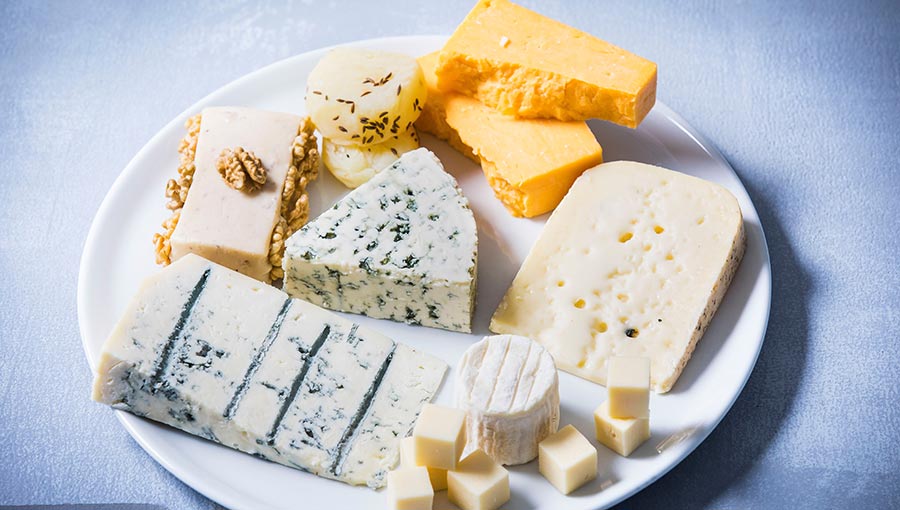 UK cheese export tonnage hit record highs as strong growth both inside and out of the EU saw more British cheese shipped overseas in 2018.

The EU remained the UK’s largest customer, accounting for 81% of the total 187,066t cheese exported last year, according to AHDB Dairy.

Total cheese exports grew by 19,400t, an increase of 12% on 2017 as the UK edges towards an uncertain relationship with its largest trading partner.

Cheese shipments to the EU grew by 11% last year, while markets further afield that will grow in importance post-Brexit promisingly grew by the same amount. A fifth of exported British cheese now travels outside of the single market.

The largest recipients of UK cheese outside of the EU were Malaysia, China and Algeria, importing 1,991t, 1,524t and 1,467t respectively.

Despite cheese exports sustaining strong growth for more than a decade, they remained dwarfed by imports, which topped half a million tonnes – the overwhelming majority of which came from the EU.

The trade deficit in cheese stood at 312,967t in favour of imports, presenting a huge opportunity for the UK to offset bought-in product if the government fails to achieve the same access to the single market it currently enjoys next month.

Imports of processed, grated and powdered cheese did drop off in 2018, but not by enough to affect the overall growth.

Butter up, but deficit remains

Butter volumes sent outside the EU shrunk by 44% to 3,332t, but AHDB Dairy said that global butter trade was a lot more flexible than cheese, and trade was more liable to change year-on-year depending on supply and demand from different regions.

Again, UK exports were dwarfed by product arriving in to the country.

Both Denmark and Ireland eased off their shipments to the UK, down by a combined 8%.

Remarkably, 75t of butter made the 13,800 mile journey from New Zealand, the only product to arrive from outside the single market.

Fresh fears have been raised this week of what will happen to milk from Northern Ireland, currently processed in the south, in the event of a no-deal Brexit.

Northern Irish milk would face EU tariffs of 19p/litre if it were processed south of the border if the UK government does not come to a transitional arrangement by the end of next month.

The EU tariffs would no longer make shipping milk into the Republic of Ireland economically viable, according to The Dairy Council of Northern Ireland.

“In a no-deal scenario the expectation is that a substantial proportion of trade from Northern Ireland to Great Britain which currently goes through Dublin would switch to Northern Irish ports, which would become congested,” said Dr Mike Johnston, Dairy UK Northern Ireland director.

“This would make the logistics very challenging,” added Dr Johnston.