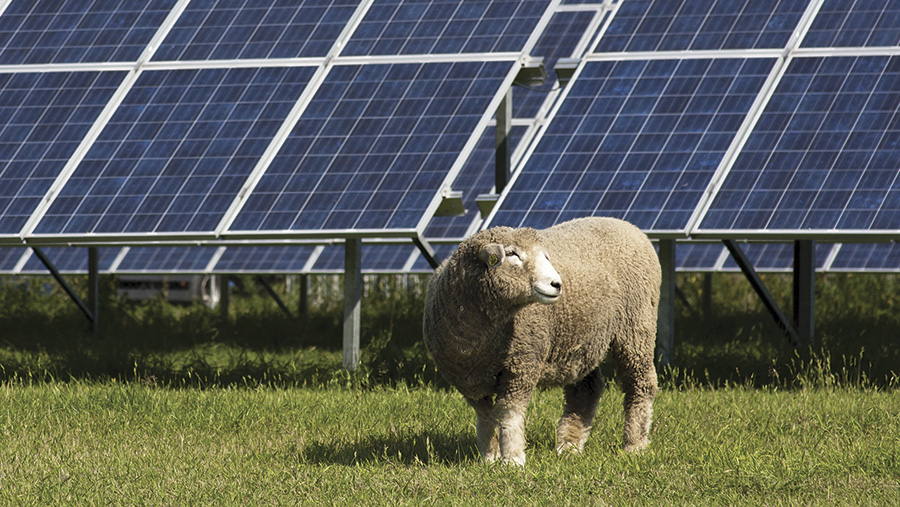 Farmers letting land for a renewable energy project have the opportunity to trade in all or part of their annual rental income for a one-off lump sum under a scheme launched by Savills and investment fund Horus Capital.

The initiative is aimed at landowners wanting to release capital for other uses, such as buying land, building improvements or upgrading machinery, without taking on a bank loan.

It is open to anyone renting their land for a solar, wind, anaerobic digestion or hydro development, with a minimum annual rental income of £20,000, but can be tailored to include self-invested projects, said David Grindley of Savills.

The scheme works by Horus taking out a separate “lease of the reversion” on the site (similar to a head lease), which allows the existing lease between landowner and site operator to remain with only the base rent taken by Horus.

All other contract terms originally agreed between landowner and tenant remain, including any turnover income paid on top of base rent.

Mr Grindley said it offers a simpler and more flexible way of raising capital than a bank loan, which can be restricted by credit limits and may be tied to other assets.

The farmer also retains land ownership, while more risk associated with future site performance is passed to the investment fund, he notes.

The lump sum will vary depending on base rent (£/acre) and length of lease remaining.

This total is discounted for the cost of finance and the fact money is paid up-front, resulting in a lump sum typically worth 60-80% of the total lease income expected over the term of the lease.

Money is paid in full once the lease is signed and will be subject to income and/or capital gains tax (CGT) depending on the lease period and terms – the shorter the term the more income tax is due. For example, tax on the premium paid for a 25-year lease would roughly be split equally between income tax and CGT.

Mr Grindley said there are many ways to reduce tax liability, either by offsetting against previous years’ trading losses, or by reinvesting all/part of the money in another asset that qualifies for CGT business asset rollover relief.

This can be backdated 12 months or carried forward up to three years.

For self-invested projects, the landowner establishes a separate lease for the site, which is used as the basis for the lump sum.

Horus is also offering a premium for 51-year leases with 50:50 net profit share from the site once the current lease expires.

Such a premium will be treated as a capital sum, with 100% of any qualifying gain liable to CGT, subject to HMRC assessment.