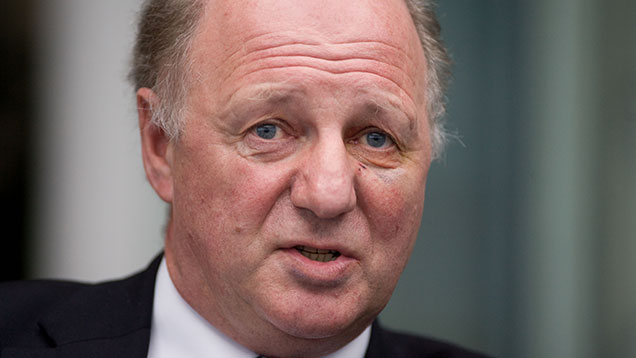 First Milk chairman Sir Jim Paice has resigned after less than two years in the job.

The former farming minister, who stepped down as an MP in May, has written to farmers saying the role needs someone with “real commercial and business skills”.

Earlier this month he faced strong criticism from MSPs for taking a £90,000 salary for 50 days’ work a year.

This was after a start to 2015 in which First Milk delayed members’ milk cheques by two weeks, ramped up capital contributions and brought in a new pricing model that has seen many producers losing money at than 20p/litre.

Mr Paice said in his letter that there needed to be a significant change in the co-op’s leadership.

“Signalling my intention to stand down allows the board to immediately start work on scoping out the personal and professional qualities that they require in a new chairman,” he said.

Mr Paice joined First Milk in October 2013, while still Conservative MP for South East Cambridgeshire – a constituency he represented from 1987.

He was minister of state at Defra from 2010-12, overseeing the government’s response to the SOS dairy crisis.

His background in farming saw him training at Writtle College in Essex and working as a farm manager. He still has a small herd of Highland cattle.

Farmers in six of the milk pools will see their “A” milk price – for 80% of last year’s production – drop by 1p/litre.

Producers in the Midlands and east Wales balancing pools will see a 0.7p/litre cut.

The latest cuts mean many First Milk members will receive well under 20p/litre once capital contributions are taken off.