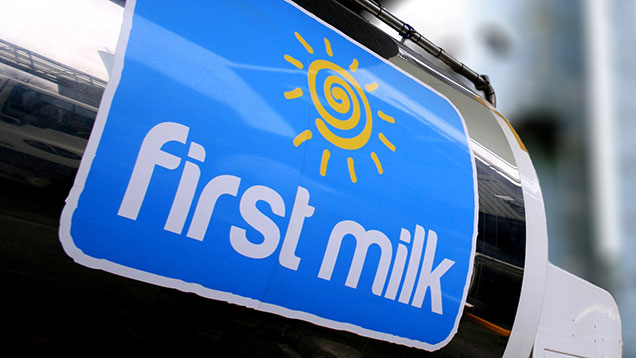 Dairy co-op First Milk has cut farmgate prices for the first month of its new A and B contract.

The A price will be 20.87p/litre in the manufacturing pool and 20.5p/litre in the renamed balancing pool – 0.7p/litre lower than the month before.

Any extra milk will be priced at 16-18p/litre, though that will be fixed in early May based on a mix of curd, butter, powder and spot milk values.

A manufacturing farmer producing the same amount of milk as last year would be paid 19.8-20.3p/litre, before any charges or bonuses.

Those in the balancing pool would receive 19.6-20p/litre.

First Milk unveiled in the new pricing scheme last month to cope with high milk supplies over the spring by giving the co-op more flexibility over payments.

The news will be tough to take for farmers who have watched global dairy markets slowly recover since mid-December.

UK market indicators have also bounced back, with the Actual Milk Price Equivalent (AMPE) and Milk for Cheese Value Equivalent (MCVE) jumping to 23.6p/litre and 25.9p/litre in February.

A First Milk spokesman said the co-op had not dropped its price since January while other companies had cut back.

He added the way partnerships like the Adams Foods cheddar deal worked could create a lag before some market movements fed back to the farmgate.

“Nevertheless, the recent movement of market indicators means we are cautiously optimistic that the trend for future dairy prices is, at long last, a more positive one,” he said.

“However, there remain a number of uncertainties. For example, although the latest few GDT figures have been encouraging, as yet, they have not fed through to milk prices and many buyers are awaiting the outcome of the forthcoming spring flush.”

First Milk has about 1,200 members, with just under half in the manufacturing pool and the rest on balancing contracts or dedicated groups for customers like Nestlé.