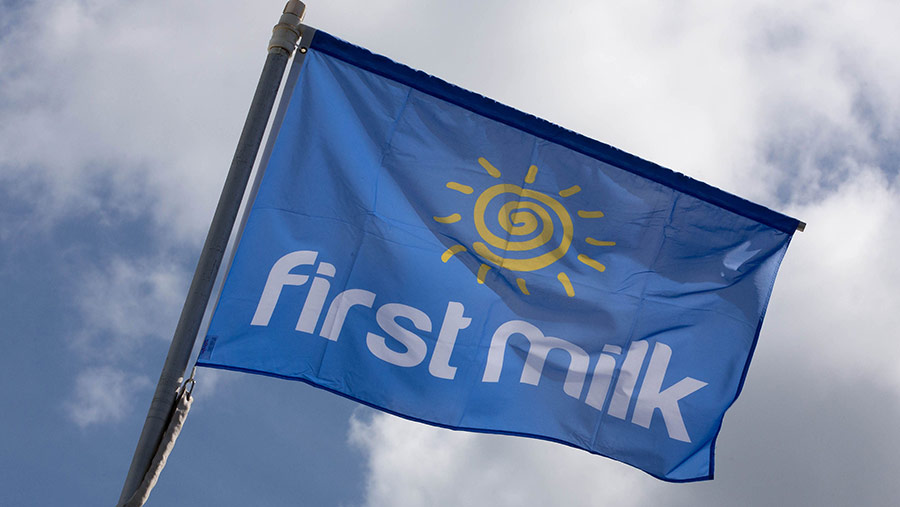 First Milk has announced a 0.45p/litre price cut for its members from November 2019.

Both revised rates include the member premium, or so-called 13th payment, which for the current year will be 0.25p/litre.

The bonus payment is paid to members who are fully invested in the business and is pro-rata adjusted, based on members achieving their capital target.

It was introduced at 0.25p/litre in April this year, with members due to receive the first top-up payment after 12 months, in April 2020. An increase to 0.5p/litre from April 2021 was announced just 48 hours before the November price cut was released.

Announcing the premium rise just two days before the price cut, First Milk said the increased payment reflected the improving financial position of the company and recognised and rewarded the loyalty of long-standing members.

However, notification of the 0.45p/litre price cut was accompanied by a statement from Jim Baird, vice-chairman and farmer director, which said: “The market has continued to weaken across a number of dairy commodities and we now need to reflect these lower returns in our milk price.

“Of course, any reduction is never good, and we remain focused on doing all we can to minimise any further negative impact on milk price going forward.”

First Milk is in the process of streamlining its operations, which will include the sale of Scottish creameries.

The company had held its liquid and manufacturing prices steady in October for the fourth consecutive month for its 800 members before the November cut.