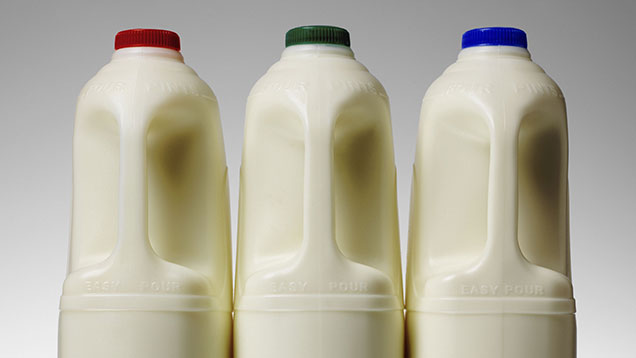 The processor wrote to its 1,200 members on Friday (31 July) telling them their A milk price would fall another 0.5p/litre from 1 August.

The blow will be slightly softened as the capital contribution paid to the co-op – extra money that comes off the milk cheque – drops back from 2p/litre to half a penny.

But farmers in each of First Milk’s seven supply groups will now be paid less than 20p/litre for their A milk – defined as 80% of a farm’s average production in that month for the past two years.

The price for B milk above that level has not been confirmed for July or August – though it will mean farmers’ payments will be even lower.

First Milk’s A prices will now range from 18.1p/litre for the Midlands and East Wales pool, up to 19.67p/litre for Lake District and Haverfordwest producers.

Co-op chairman Sir Jim Paice, who announced his retirement in June after a brutal year that also saw his chief executive step down, said in a letter to farmers that market returns continued to fall.

“Despite the recent price reductions we have seen around the world, production continues to grow strongly in a number of key producing countries, while global demand remains comparatively weak,” he said.

“Unfortunately we must reflect that in returns we pass back to you.”

Arla farmers will be paid just 23.01p/litre in August, while Dairy Crest has dropped its liquid price to 21.69p/litre from September.

Supplies are running high in the UK and around the world.

British milk production is still up 2% on the year and 7.7% above the three-year average.

Wholesale dairy product markets continued to slide in July, under pressure from plentiful milk and the weakness of the euro.

Industry eyes will be on the next sale of the world benchmark Global Dairy Trade Auction, set for Tuesday (4 August).