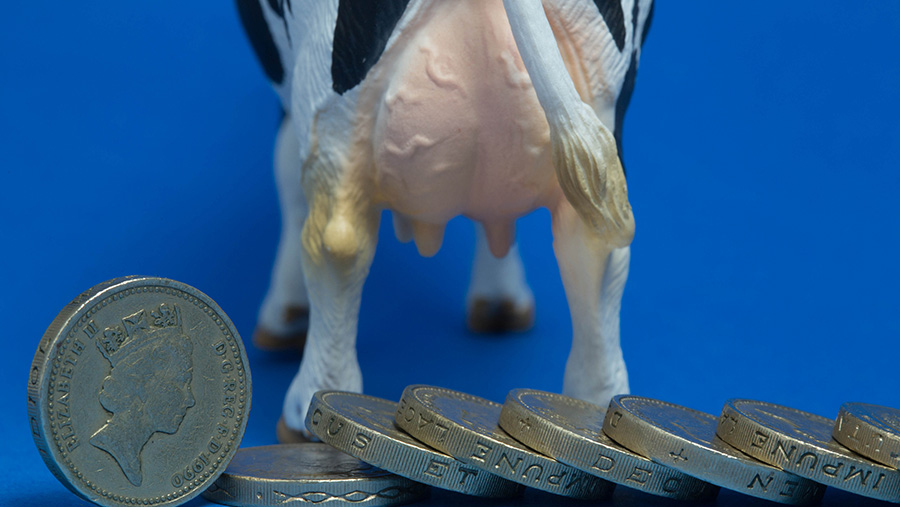 The co-op first told farmers their ‘A’ price would go up 0.77-1.25p/litre on the previous month, depending on the regional pool.

Seven days later, members have been told their rates will go up 1-1.67p/litre.

Of that, 0.25p/litre reflects a bonus for First Milk’s improving performance and the rest covers better market conditions.

See also: Why this dairy recovery is the real deal

In a letter to farmers, the co-op’s chairman Clive Sharpe said the change was due to more money coming into the business that had boosted returns.

Rather than waiting until October, he wrote, the co-op wanted to pass them on immediately.

“I hope this additional move reflects our commitment that as the market continues to rise, so will our milk price,” Mr Sharpe said.

“There will be further price increases for October.”

I hope this additional move reflects our commitment that as the market continues to rise, so will our milk price Clive Sharpe, First Milk

First Milk has stepped away from the usual monthly schedule of price announcements as the wider dairy market, depressed for so long, picks up.

At the end of July, it told farmers that September’s prices would rise 0.5p/litre, before the two more recent increases.

In the past fortnight, the country’s two biggest processors, Arla and Muller, both lifted their headline prices by 1p/litre.

Smaller buyers have been faster to react.

Milk production has been falling in the UK since the spring, which has helped tighten the trade, and now European farmers are finally dropping back.

In June, EU production fell 2% on 2015 levels – the first year-on-year decline in the current cycle, according to the commission’s milk market observatory.

British farmers were producing 36.8m litres/day in the two weeks to 20 August, which was 5.9% down on last year.

This has fed through to the wholesale trade. From July to August, UK butter prices leapt 14%, while cream was up 7% and skim milk powder was 5% higher.

This week spot milk was worth 35-36p/litre, according to milkprices.com, as markets wake up from their summer lull.

Dutch processing giant FrieslandCampina this week warned that, while prices had bottomed out, only a modest increase in demand for dairy products was expected in the second half of 2016.

This was due to political problems in some countries, low spending power in oil-exporting nations and China’s limited appetite.