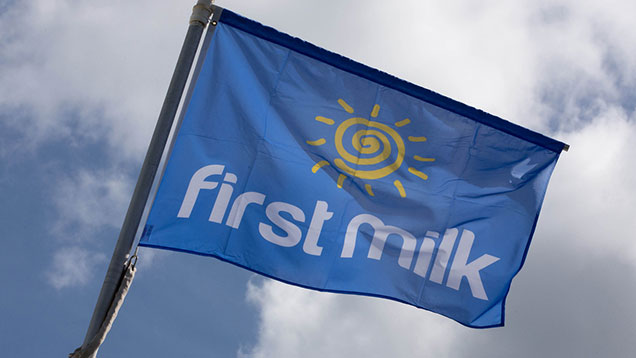 First Milk has overhauled the way its 1,200 farmers are paid for milk to help it cope with a difficult trading year ahead.

The dairy co-op will bring in “A” and “B” pricing from 1 April, with farmers receiving a set price for a fixed volume of milk each month and a fluctuating value for any extra.

First Milk will announce the “A” price with 30 days’ notice and give a possible range for the “B” milk, which will reflect returns from short-term markets such as spot milk and powder.

The “A” volume will be 80% of the farmers’ average production for the same month over the past two years.

Similar schemes have already been lined up by other processors such as Meadow Foods and Graham’s Dairy.

The new pricing model is the latest change by First Milk to shore up its finances, after the co-op delayed members’ milk cheques by two weeks and ramped up how much capital each farmer had to invest.

The business made a £12.1m trading loss in the six months to 30 September 2014, as it struggled to keep up with crashing dairy markets.

First Milk chairman Sir Jim Paice said a major challenge was having to announce farmgate milk prices more than 60 days before that money was paid out, by which time the markets had fallen further.

He said working groups had been reviewing payment plans since October and the changes had been accepted by the co-op board and farmer representatives.

“During 2014 we experienced unprecedented volatility in commodity markets and a surge in milk production which not only drove milk prices down but also seriously challenged the mechanisms we used to set the price of milk.”
Jim Paice, First Milk chairman

“During 2014 we experienced unprecedented volatility in commodity markets and a surge in milk production which not only drove milk prices down but also seriously challenged the mechanisms we used to set the price of milk,” Mr Paice said.

In other changes, First Milk has tweaked the payments made for the butterfat and protein in the milk, as well as hygiene levels.

For farmers in the manufacturing pool, payment will be linked to how well the butterfat:protein ratio reflects the right amounts for cheese production.

Outside that pool, where the importance of milk constituents varies, farmers will be paid a bonus for hitting butterfat levels between 3.7% and 4%, and a lower rate for any above that.

First Milk is also renaming its liquid milk pool as the “balancing” pool, as milk is increasingly destined for different markets, such as powder from the Westbury plant.