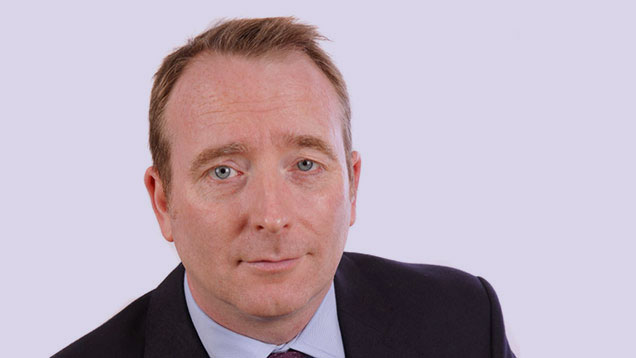 Dairy co-op First Milk has appointed a former soldier and petfood boss as its new CEO.

Mr Gallacher left Mars in 2014 after 18 years, working across confectionary, food and petcare across Europe and Asia.

His most recent role involved looking after well-known brands like Pedigree and Whiskas.

Before joining the multinational, Mr Gallacher was an officer in the army for eight years.

“Mike has all the attributes to put our business back where we want it to be,” he said.

“He has considerable leadership qualities, has turned around businesses in different geographies, and has experience in some of our key export markets.”

Farmers took to Twitter to react to the news.

@charlietaverner So new First Milk CEO comes from Mars. Obviously nobody from planet Earth could sort this mess out #Teamdairy

Pressure on First Milk has mounted since the new year, as a multimillion-pound cashflow problem forcing the co-op to delay payments to farmers and introduce a controversial new milk pricing model.

Mrs Allum will be involved in a “thorough handover” with Mr Gallacher once he takes on the leadership, First Milk has said.

Mr Gallacher said he met the executive team and visited a number of First Milk sites over the past few weeks.

“While the dairy market is challenging at present, I am excited about leading the First Milk business,” he said.

“Over the coming weeks I look forward to meeting farmer members, employees, partners and customers as we work together to address those challenges with urgency and focus.”

After the news of Mrs Allum’s departure, First Milk member Robert Macintyre, who milks 100 cows on the Scottish island of Bute, told Farmers Weekly his current milk price was “disastrous”.

He said First Milk was the only processor who would buy his milk and he would be lucky to carry on for six months if prices kept falling.

“Yeah, they are changing the chief executive but it has gone way past that now. Even if the person they put in there now is some absolutely brilliant person, one person cannot turn this around in a year, let alone six months.”

Gareth Ogden from Cumbria left First Milk in 2011 but still has money invested in the co-op.

“The problem with a new candidate is they will need to find their feet and that could take time. Do First Milk have time?”