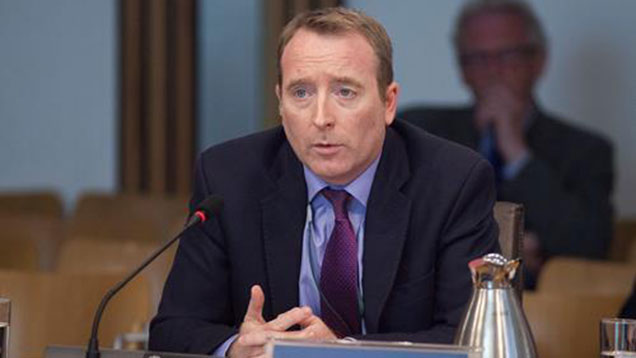 Giving evidence to members of the Scottish parliament, Mike Gallacher said the business had cost and performance issues, as well as poor performance in its subsidiaries.

He said these had been addressed in his drastic turnaround plan and a strategy review would set out clear annual targets for the years ahead.

See also: How forward-buying feed can save farmers money

“The business has struggled financially and has struggled to deliver good prices to its members – which is unacceptable,” Mr Gallacher said.

“All of this boils down to being more commercially successful, because it gives us more resources to do more of things we want to do.”

Mr Gallacher has toured the co-op’s milk fields in the last month, speaking face-to-face with 600 farmers.

He told the Rural Affairs, Climate Change and Environment committee that the farmer-owned business structure was something that attracted him to join the firm in March.

“The business has struggled financially and has struggled to deliver good prices to its members – which is unacceptable.”
Mike Gallacher, First Milk

When challenged about the overhaul of First Milk’s pricing structure, Mr Gallacher said it was not an established co-operative principle for everyone to receive the same price.

He said it was now clear farmers’ prices were more aligned to the creamery their milk is delivered to.

And those who faced the heaviest price cuts in June might not lose out as much later on, if their particular end market improves.

“Some co-op’s could do it that way [with single pricing]. It is not our approach and it won’t be going forward,” he said.

“We do accept a principle of consistency of treatment. It was important we applied some consistent principles across the organisation.”

The MSPs had specific questions about the security of dairy farmers in the Scottish islands.

The Scottish government has provided £65,000 to help pay ferry costs for milk tankers coming back to the Isle of Bute.

Another £400,000 of support is being targeted at First Milk’s Campbeltown creamery.

He said meetings like this with politicians were helpful.

“This conversation allows us to work together more effectively and galvanise the stakeholders to get a better result for our farmers,” he said.

“That means earning our way in the world and getting a better commercial return for our milk in whatever format it is in.”