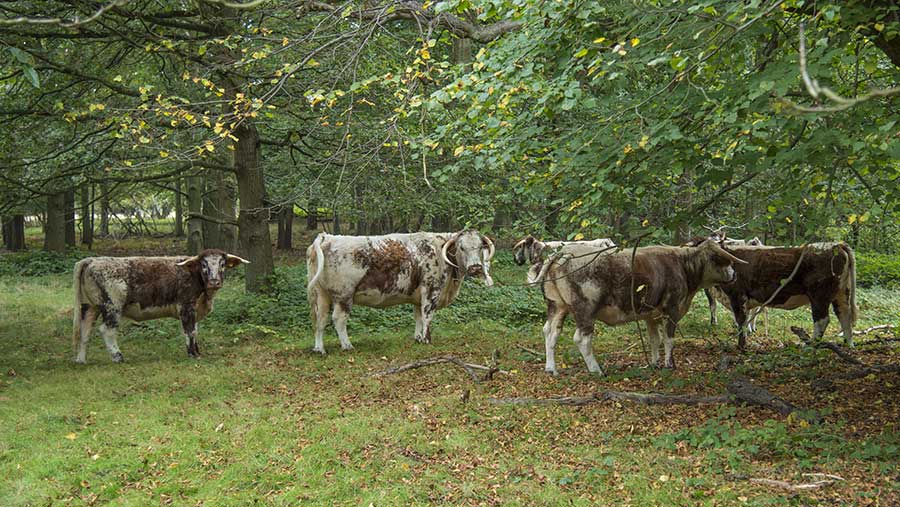 Britain’s biggest fracking company has been given permission for a High Court challenge to the National Trust’s refusal to allow access to land for seismic surveys.

In a statement on Thursday (22 February), petrochemical giant Ineos said it had been granted permission for the challenge by the government’s Oil and Gas Authority (OGA) to access land at the National Trust’s Clumber Park, near Ollerton, in Nottinghamshire.

The National Trust, which had refused Ineos access to the 1,538ha country park, accused the company of failing to follow the “proper planning process”, adding it had “no wish for our land to play any part in extracting gas or oil”.

The ruling is significant for farmers and landowners as it demonstrates that oil and gas companies can force access to land even if the landowner disagrees.

Ineos holds oil and gas exploration licences across 1.2 million acres of land in the UK.

Ineos has been seeking permission to conduct seismic surveys at Clumber Park to detect whether shale gas reserves lie deep underground. But the company has not been given approval to frack for shale gas at the Grade I-listed site.

Lynn Calder, commercial director at Ineos Shale, said: “Legal action has been the last resort and we have used powers which prevent landowners from blocking projects which benefit the wider community and the nation as a whole.

“These surveys are both routine and necessary across the UK, including on National Trust land.

“The National Trust’s position is very disappointing as we have had positive relationships with a range of stakeholders and landowners during surveys.”

The National Trust, which owns 250,000ha of farmland in the UK, said it was disappointed by the OGA’s decision, but due to the legal status of the case it could not comment further at the moment.

“We are already seeing the impacts of climate change at many of our places, and we have launched a programme to dramatically cut our own fossil fuel usage at our properties,” said the Trust.

Ineos said that if shale gas exploration proves successful, it could provide the UK economy with enormous levels of investment and jobs in the north of England.

But Guy Shrubsole, a Friends of the Earth (FoE) campaigner, told the DrillOrDrop website: “A huge fracking firm suing the National Trust to test for shale gas within the historic Sherwood Forest area will make people wonder what is sacred anymore.

“The spirit of Robin Hood will be bridling at these bully-boy tactics. Ineos’ fracking activities threaten to industrialise our green and pleasant land and people everywhere will be horrified.”

Clumber Park covers about 1,538ha (3,800 acres), much of which is a Site of Special Scientific Interest (SSSI). It is home to internationally protected species including bats, woodlark, nightjar and great crested newt.