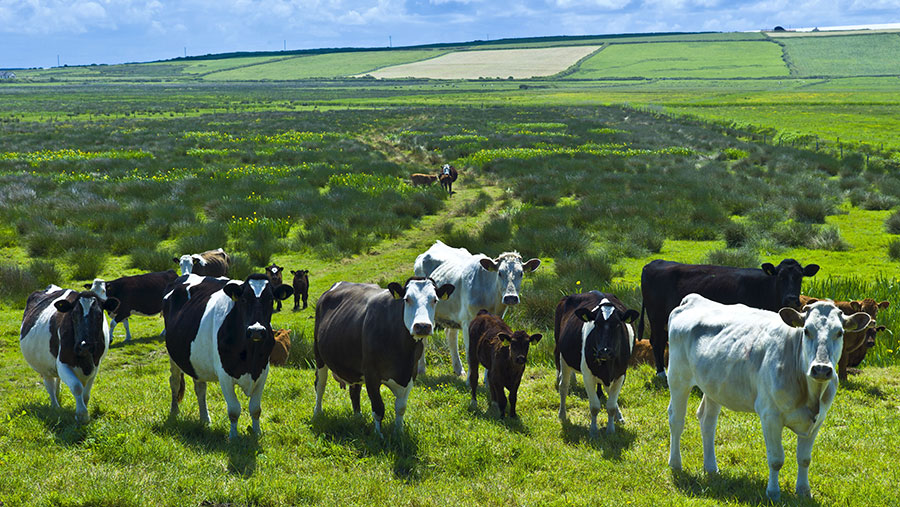 Northern Ireland has announced one-off support schemes for the pig and dairy sectors in a bid to use up an emergency pot of money allocated to it by the EU last year.

The Department of Agriculture, Environment and Rural Affairs (DAERA) originally decided to use the £4.1m allocated under the EU exceptional adjustment aid (EAA) package on a scheme that incentivises the humane destruction of bovine viral diarrhoea (BVD) persistently infected (PI) dairy and beef calves.

However, the department has revealed demand for the scheme has not been high enough to use up all the money, so to make sure it is all spent it is introducing two new schemes for livestock farmers.

Pig producers can apply for the Pig Industry Competitiveness Scheme which aims to improve the quality of meat by covering the cost of a worm control programme.

Funding will only apply to medication bought after the farmer has been accepted on to the scheme and to qualify a member of the business will have to attend a course on worm control offered by the College of Agriculture, Food and Rural Enterprise (CAFRE).

The application process also requires applicants to get written confirmation from their vet there have been pig endoparasites in the herd in the past six months.

The funding will cover the cost of in-feed medication for pig herds and the blanket treatment of sows.

It will also cover the cost of medication acquired from the vet for the individual treatment of sows prior to farrowing.

DAERA has also announced that it has been given permission to open up the Small Dairy Farmers Scheme to producers in Northern Ireland.

This scheme, which opened up to applications from farmers in England two weeks ago, will pay a one-off cash sum to farmers who were producing less than 1m litres in the 2015-16 milk year and are still in milk production.

The money will be on a pence per litre basis, but the final rate which will be paid to farmers is unknown as it will be dependent on the number of applicants.

Application forms will be made available to NI farmers shortly on the Rural Payments Agency website.

The closing date for applications to the scheme is expected to be 31 May 2017.

A spokesman for the department said: “DAERA is committed to maximising our eligible spend of EAA for the benefit of dairy and other livestock farmers here.

“The measures first announced last November are demand-led and the level of expenditure is driven by farmer uptake.

“It is now clear that those measures will not use up the full NI allocation of EAA funding and for that reason we have added a further component to the package to help use up any remaining funds here.”

Work is also ongoing on the development of arrangements for a free soil sampling and analysis service for livestock farmers.