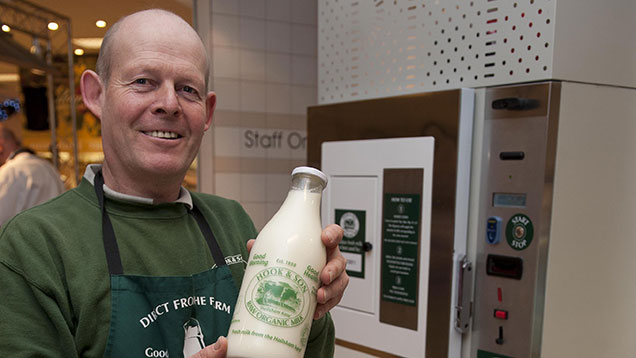 The FSA’s board has approved the findings of an in-depth study of current raw milk rules in England, Wales and Northern Ireland that has run for the past three years.

The report concluded there was a higher risk to vulnerable consumers, such as pregnant women, which had to be explained better.

The current rules that allow only direct selling from the farmer to the buyer on the farm, on milk rounds and online will continue.

Presenting the findings to the board, FSA director of policy Steve Wearne said calls from the raw milk industry to open new outlets such as third-party vending machines could be considered in the future. But he said stricter hygiene controls would be needed.

“Levels of risk are acceptable where there are effective controls in place except in the case of vulnerable consumers and there we particularly recommend that communication of those risks be improved,” Mr Wearne said.

The FSA’s report confirmed that the chance of illness from raw drinking milk was relatively low, with just 9 cases in the past 12 years.

East Sussex farmer Steve Hook (pictured), who sells 40% of the UK’s raw milk from his 75-cow herd, said the conclusions were a mixed bag.

He said the commitment to work with processors that met standards to look at expanding the market was positive.

But the tighter clampdown in cases on non-compliance was an aggressive step, Mr Hook added.

“The most disappointing headline thing is that the health warning has to be changed regarding pregnant women,” he said. “That is a backward move.”