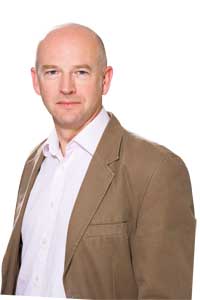 Frustration bordering on anger is setting in among British dairy farmers as they wait – and wait – for an improvement in their milk cheques.

It’s easy to understand why. World dairy markets are booming and, even closer to home, EU prices for butter, milk powder, cheese and cream have been firming for several months.

Most dairy farmers understand that there will inevitably be some delay between global and even local dairy prices going up, before this is reflected in their milk cheques.

But the fact that some products have been firming since early summer and this trend has been accelerating fast in recent weeks means serious questions are now being asked about where all the money is going.

For example, world butter and powder markets turned in July, with the EU following about a month later. The rises have been considerable – butter has firmed by a massive $600/t, or 20%, in the past four weeks alone.

The rise is even more dramatic for whole milk powder. The benchmark here is New Zealand co-op Fonterra’s monthly on-line auction. After a bit of a “false dawn” earlier in the year, the value of this product has climbed 88% in just four months to top $3400/t, reflecting very tight supplies.

And then there is cream – the by-product for all the UK’s liquid processors. This outlet turned as far back as February, since when prices have more than doubled to a record £1700/t. According to DairyCo, this gives processors a cream income of 9.6p/litre – yet only one dairy has passed any of this back to farmers.

Of course milk buyers have a long list of excuses: “We don’t supply the liquid market”; “We are net buyers, not sellers of cream”; “We don’t produce butter or powder”; “We don’t operate in the spot market”; “Cheese is only just starting to turn”; “We were the last to cut prices, so we won’t be the first to put them up”.

Some of these arguments may be valid for specific processors. But it still seems untenable that, after several months of improvement across most dairy markets, not one buyer has seen fit to pass anything back to their suppliers.

Indeed, the only change for November has been a 0.65p/litre cut in the milk price by leading co-op First Milk, following widespread cuts by other cheesemakers in October. Farmers are right to feel angry.

If nothing else, the processors’ tight-fisted approach adds weight to the NFU’s argument that what is needed now is a total re-vamp of existing milk contracts, to give farmers more say at the negotiating table.