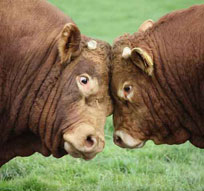 Animal genetics giant Genus reported a strong performance in the second half of 2010, according to its interim results.

Chief executive Richard Wood said: “Genus performed well, supported by the diversity of its international business. We delivered an adjusted profit before tax 23% higher than last year, despite the planned increase in research and development expenditure to drive growth.

“Although some markets are recovering slowly because of rising feed costs, global agricultural markets have improved since the depths of the agricultural recession last year. Therefore Genus expects to continue to make good progress during the second half of the year.”

Cash inflow of £9.4m helped Genus cut net debt to £70.6m. The company acquired a bovine stud in Russia and has achieved “encouraging” initial sales in India, while sales of bovine genetics in China continued to grow. Genus’ European business showed a small growth in turnover and profits.