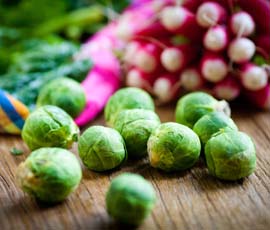 More than a billion tonnes of food is being wasted globally every year, unnecessarily exploiting land, water and energy, the United Nations Food and Agriculture Organisation (FAO) has claimed.

A report commissioned by the FAO said improved harvest techniques and farmer education was needed to reduce the 1.3bn tonnes of food which is lost along the food chain or wasted every year.

Due to be presented at an international congress on cutting food waste in Dusseldorf this week (16-17 May), the 29-page report said a “fundamental shift” in consumer behaviour was also needed to stop affluent countries wasting food.

The study says food loss – which occurs during production, harvest, post-harvest and processing phases – was more significant in developing countries. But in the developed world, consumer food waste was the biggest trend – accounting for 222m tonnes – more than the entire net food production of Sub-Saharan Africa (230m tonnes).

Making a series of recommendations, the FAO report says greater investment in processing facilities in developing countries was needed. It also calls for the creation of contract farming linkages between processors and farmers, as well as a “better enabling environment” to stimulate the private sector investment in the food industry.

Marketing cooperatives and improved market facilities, with funding from public and private sources, were also essential, with a role for farmers markets to narrow the gap between producers and consumers, the report adds. Resources should be made available to train and build the capacity of food chain trainers, it says.

The report concludes that further research on food waste is urgently needed, “especially considering that food security is a major concern in large parts of the developing world”.

EU farm commissioner Dacian Ciolos said the world did not “have the luxury of throwing away more than a billion tonnes of food annually at a global level”. It was vital countries made “optimal use” of natural resources in the context of global food security, he said.

In the framework of the CAP reform post-2013, Mr Ciolos said the European Commission intended to move policy towards more sustainable agriculture.

“These efforts should not be undermined by contradicting marketing standards and consumer behaviour,” he added.