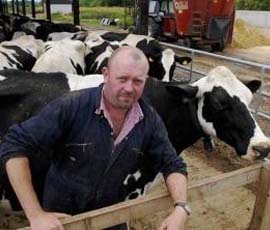 A dairy farmer has been killed in an accident while working on his farm in Elmore Back, Gloucestershire.

The man has been named as John Round, 44, of Elmore Back Farm. Emergency services were called to the farm at 7.40am on Tuesday 19 April, but were unable to save Mr Round.

Details of how the accident occurred have not been released but it is thought to have involved a telehandler.

The fire service also attended the scene after a small blaze broke out in a tractor unit, according to website ThisisGloucestershire.

A police spokesman said the death was being treated as unexplained. A Health and Safety Executive investigation into the circumstances of the incident is now underway.

Mr Round leaves behind his wife Sophie, daughter Alice and twin sons, Charlie and Edward.