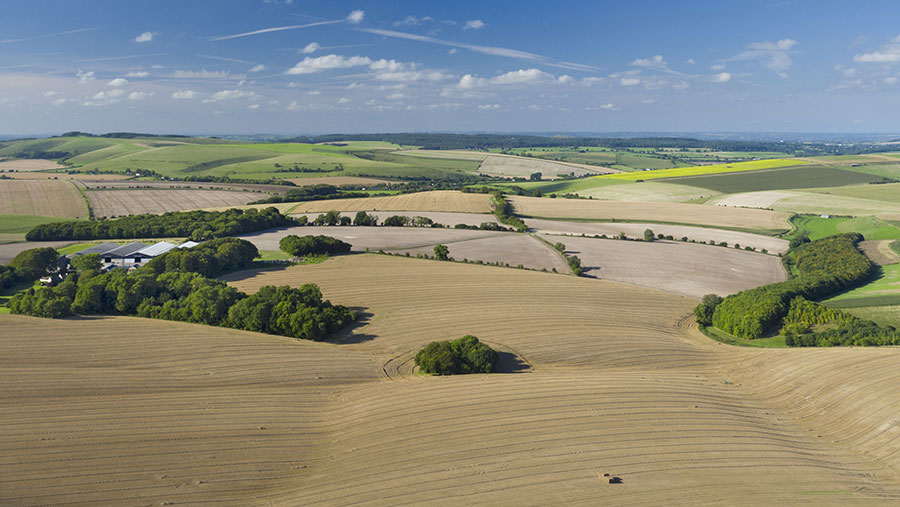 Dieter Helm, chairman of the Natural Capital Committee, told a conference in Oxford a few days ago land prices would fall substantially if Defra minister Michael Gove redirected farm support away from direct payments into rural development and environmental programmes.

He said land values are totally distorted by the payment of direct subsidies and bear no relation to the earning capacity of the land.

But land professionals said Mr Helm has got it wrong and the earning capacity of farmland has borne no connection to the value of land for decades.

“It is regrettable someone providing advice directly to the government does so with limited knowledge of the land market,” said Jeremy Moody, secretary and adviser of the Central Association of Agricultural Valuers.

Mr Helm had not understood the difference between owning land and occupying land, added Mr Moody and the real impact of subsidies has been on pushing up land rental prices, not capital prices, he said.

If net margins from direct payments fell, then rents probably would, but capital value of land would be unlikely to fall significantly, explained Mr Moody.

“The last time you could fund the purchase of land from the actual farming of land was about 1991 and the last time before that was the early 1960s,” he said.

Mr Helm had “grossly overstating” the influence of direct subsidies on land capital values, he said.

“The market for land and land occupation is much more complex and with many more factors than Dieter Helm is recognising.”

“If comments are less than fully formed, it could distort the debate and lead to outcomes that even critics hadn’t wanted,” he added.

“Professor Helm overstates the position. The evidence shows that CAP payments do capitalise into land values, but that their impact on overall land values is negligible.

“There are other factors that have a far greater impact on land values than CAP payments. If Prof Helm were correct, you would see a direct correlation between changes to the CAP and changes to land values and that has not happened.”

“There is and has not been a direct correlation between farming profitability and land prices for a long time, therefore, even if farming subsidies disappeared you cannot assume land prices would fall dramatically.

“As well as farming there are many reasons as to why people buy land with a substantial amount of money from outside the industry being invested in land in any year for diverse reasons.”

“We believe the removal of farm support will put pressure on farmland values in some areas but overall this will be tempered by a continued low supply, demand from ‘lifestyle’ buyers whose motivations for buying are not just profit related and the increasing availability of rollover cash as the rate of house building strengthens.

“In addition, the market will remain polarised with a wide variance in prices achieved depending on quality and local demand.”