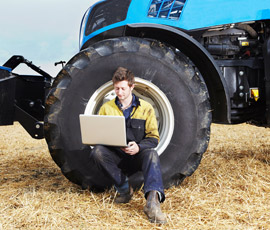 Problems caused by slow broadband speeds in the countryside are being underestimated by the government, say rural leaders.

The Country Land and Business Association made the claim after farm minister David Heath said rural broadband in his Somerset constituency was slower than a “man with a stick”.

DEFRA is not responsible for rolling out faster rural broadband – the delivery of digital infrastructure is the remit of the Department for Culture, Media and Sport.

CLA President Harry Cotterell said: “David Heath’s description of slow broadband speeds in rural areas is far too generous. We believe his ‘man with a stick’ must also be confused and lost.

“We are pleased DEFRA is taking this issue seriously, but there still seems to be difficulty getting the message across to officials and ministers at the Department for Culture, Media and Sport.

“We have lobbied on this issue for 11 years and it is vital the industry and government departments work together if they are to prevent the rural-urban digital divide from widening further.”

The CLA is calling for a national broadband awareness campaign to illustrate the importance of connectivity in the countryside.

Mr Cotterell said: “Rural businesses and communities will simply be unable to compete economically if they continue to be dependent on exasperating slow broadband speeds.”

He added: “For the rural economy, broadband should be considered as important as water, electricity and gas.”

Mr Heath made his comments during a fringe event at the Liberal Democrat annual party conference in Glasgow.

“A man with a stick would be quicker at delivering a message than my so-called broadband,” he said. It was a “huge economic issue” for rural areas, Mr Heath added.

When it came to broadband, DEFRA was in the “unenviable position of being the people that shout about the fact that country areas are left out,” he said.

“We have a serious problem if we blithely talk about 90% coverage – that sounds great, except actually we live in the 10%, in the rural parts of the country. We can’t afford that.”