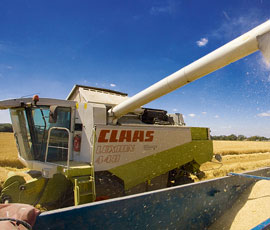 The final few weeks of trading the 2011 harvest are finely balanced, with processors taking on just enough grain to see them into the new crop.

With the gap between old and new crop grain prices now at about £25/t, carrying over day-old crop will be an expensive undertaking.


The final trading day for the May London feed wheat futures contract is 23 May and deliveries have already been made, with futures stores currently holding about 126,000t, although not all of this is from the May contract.


Further deliveries are expected, providing a buffer for the run-up to the end of the season.

Some growers had probably chosen to deliver better than futures quality on futures contracts, rather than take the low premiums and risks of the milling market, said Jack Watts, senior grains and oilseeds analyst at HGCA.

The recent further weakening of the euro has made UK grain less competitive on export markets.

In the barley market, the strongest demand is coming from the distilling industry in Scotland, which is drawing supplies from northern England and by boat from East Anglia.

While much of Western Europe has had weeks of rain, temperatures were high over the Black Sea area, with concern over lack of water in some areas, said analyst Agritel.

It also suggested that cash shortages may mean that some damaged winter crop areas in Ukraine may not be re-drilled.


However, the new crop market was starting to feel heavy, said Mr Lane.


Although there had been some local problem areas, rain had helped European crops and there was the potential for a big harvest. US wheat crops are well advanced and in good condition.

The Vivergo and Ensus bioethanol plants are expected to consume about 1.5m tonnes of UK feed wheat in the 2012-13 crop year. “Unless there is a weather event to push new crop up, it will be old crop that comes down,” said Mr Watts.