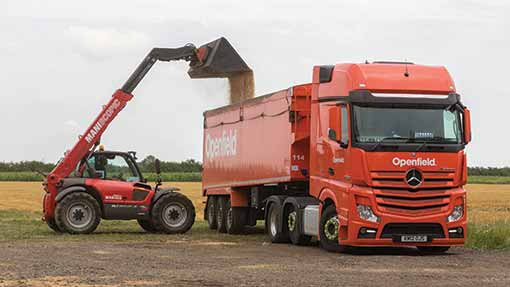 The average cost of grain haulage was 1.2% lower between March and April compared to the same time last year, but increased 4.4% for longer journeys, reports AHDB/HGCA.

Results from the AHDB/HGCA UK Grain Haulage Survey 2014 show some increases despite the diesel retail price being 2% lower between July 2013 and April 2014 compared to the same period in 2012-13.

“Higher costs for longer distances may be due to empty, or lower than capacity, backloads,” said Amandeep Kaur Purewal, senior analyst at AHDB/HGCA.

“Lower production in 2013-14 may have meant that the wheat crop travelled over longer distances in the UK.”

Regionally there were large differences, with journeys of between 80 and 150 miles in Scotland resulting in the highest costs compared with the rest of the UK. The East was the only region to report year-on-year higher costs for journeys or all distances.

“Looking ahead to 2014-15, plantings indicate a return to a ‘normal’ cropping mix in the UK, so the higher expected volume of wheat could provide higher demand for haulage, with potential implications for costs,” said Mr Kaur Purewal.

Data for the survey was collected from grain hauliers over four weeks from 27 March to 25 April 2014, covering 227 journeys.