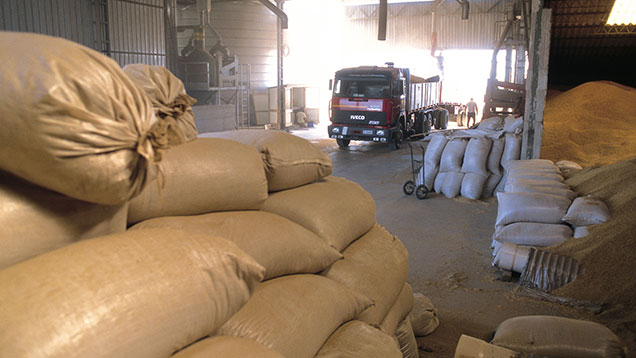 Grain markets are volatile, with futures markets reacting by as much as £4/t in a day to crop and political news.

Midweek, UK ex-farm feed wheat values ranged from £123/t in the south-east corner of England to £136/t in Northumberland.

Feed barley prices were generally £6-10/t behind feed wheat, with the gap widening the further north the trade. Milling wheat premiums were anything up to £49/t for full-spec breadmaking samples.

Fears over winter kill in some US states was the weather news this week but HGCA lead analyst Jack Watts said it was too early to put a number on the potential impact.

Politics and the global economic outlook look set to play an increasing role alongside weather in the path of grain prices this year.

On Christmas Eve, Russia announced a grain export tax of at least €35/t from 1 February until the end of June. This aims to protect domestic food prices which have already risen sharply as the value of the Russian rouble has fallen over recent months.

Russian state intervention prices were also increased on 22 December. This together with the export tax was likely to help the competitiveness of EU wheat on the global market, said HGCA.

EU exports are already moving at a sharp pace, possibly leading to smaller than expected end of year stocks for the union while end of season stocks in exporters Russia and Ukraine are expected to rise considerably.

However traders were quick to remind growers that there is plenty of wheat in the world. Where the main stocks end up at the close of the season may shift, with more staying in Russia and the Ukraine.

Global end of season wheat stocks are forecast by the UN Food and Agriculture Organisation at 193m tonnes, up by 17m tonnes year-on-year.

This accounts for about 27% of annual global demand and is the highest for five years, with US stocks rising slightly.