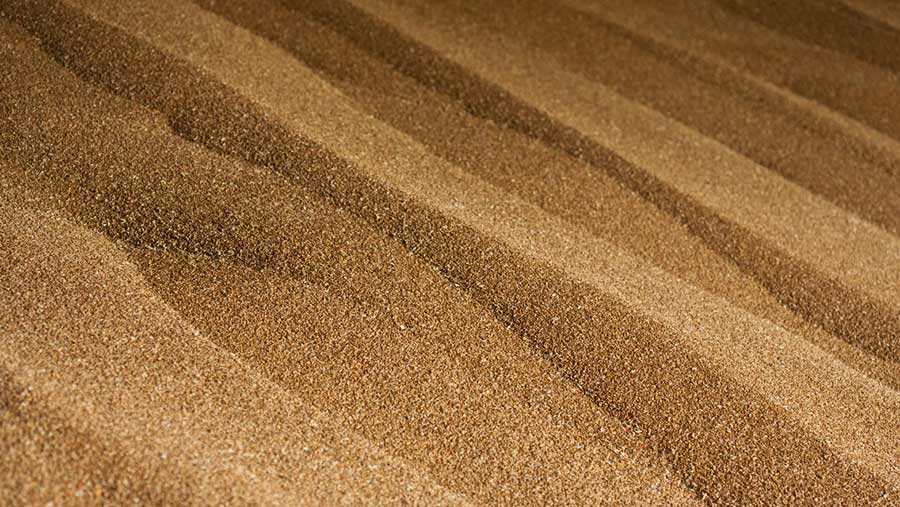 On Friday, spot feed wheat prices averaged £102.3/t ex-farm and ranged from £100/t in the South East and East Anglia to £106/t in the North West, with most regions sitting in the middle of this range at £103/t.

Milling wheat premiums stuck at about the £14/t mark, although in the North West it reached £18/t.

The feed barley/feed wheat price gap widened slightly to an average of £2.5/t, with feed barley worth £95-£101/t ex-farm depending on region.

Oilseed rape prices gained about £3/t on average, taking strength from a lower EU rapeseed crop forecast – down due to frosts in Poland, insect damage in France and the UK area down 10%. Also, more rain in Argentina has slowed soya bean harvest progress – 24% was harvested by 28 April against 62% a year ago.

The next cereal market move is likely to come with the release on 10 May of the US Department of Agriculture’s world supply-and-demand estimates. The figures may prompt speculative buying or selling, mainly of US futures contracts.

The forest fires in Alberta, Canada, and dry conditions in the Canadian wheat prairies may hinder plantings, say analysts. Meanwhile, some crop and stock figures have fed into the mix this week, mainly with a negative effect on prices.