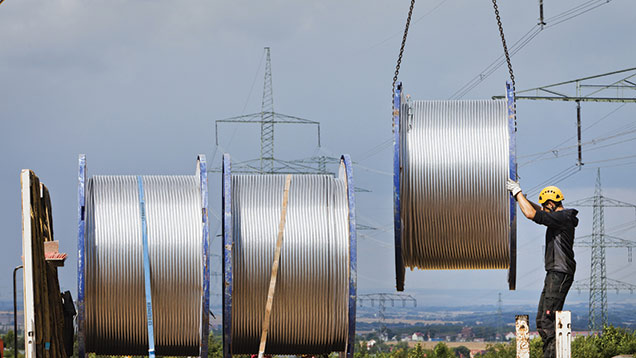 More than 90% of applications for connecting renewable energy projects to the grid in the North West never materialise into finished projects.

The pressure for access to the UK’s creaking grid has created a postcode lottery which means some connection cost millions of pounds.

There is no set cost for grid access – so a process has to be gone through to discover what a new connection will cost. In some areas where capacity remains, this has led  to grid connections being bought up without a viable project to take the connection or sometimes even without the landowner’s consent, say some of the district network operators (DNOs) who run the grid.

This is leaving many farm-based renewable energy projects stranded in grid connection queues.

Speculation in the North West

“Over 90% of applications we get for generation don’t materialise and about 40% are purely speculative, coming from just a handful of businesses making repeat applications for different types of system on the same site,” he says.

“We can’t be sure what’s driving this, but increasingly we’re seeing large numbers of speculative applications from people who haven’t even spoken to the landowner of the site on which their application is based.

DNOs by law cannot show any bias in the way generation connections are allocated. They must provide quotes free of charge to applicants.

“We have to deal with these applications as we work on a first-come first-served basis but they reduce our ability to service applications from genuine generators with a viable project.”

There is nothing to stop someone from submitting several different applications, gaining the rights on a larger amount of capacity than they might actually be able to use.

Get in while you can

Previously a no-go area for solar PV developers, the North West is now being targeted alongside a wind industry that has long had its sights on this area, says Mr Taylor.

“If you’re a landowner considering a farm energy project, I’d advise you to get in touch sooner rather than later before the capacity is taken up.”

Camilla Horsfall, energy specialist at Carter Jonas who represents farmers and developers, says that while the volume of speculative applications is frustrating it’s the slow pace of grid reinforcement by DNOs not moving fast enough to meet demand that’s the real headache.

“Every application for grid connection is speculative in a way because the costs of connection are essential to discovering the viability of a project.

“It is frustrating and we’ve seen DNOs granting grid access to developers without the permission of the landowner, but at least it’s something we can deal with.”

“The biggest problem isn’t that there is no grid capacity, it’s just not knowing when that capacity will become available. Typically, I’m told in vague terms that there could be capacity in 2017 or maybe not till 2022. It’s impossible to plan around this.”

Will Stanton farms 400ha of wheat and oilseed rape in Lincolnshire and has so far waited two years for a grid connection for 11ha of solar PV on some of his poorer land.

“We’re told there’s no possibility of a grid connection until the back end of 2017 and we’ve already been planning this project for two years,” he says.

“It seems like Western Power has been caught on the hop and are trying to play catch-up, but there’s nothing we can do until that grid connection is secured.”

“We really need this to stabilise our cash flow as there is no money in growing wheat and oilseed rape these days.”

“World markets are so volatile, this is definitely a necessary step to shore up our balance sheets.”

For farmers in areas where the network is constrained, the best option is to use the power on-site and not export to the grid, but for those without the necessary on-site load there are limited options.

They generally involve a limit on the power a generator exports at times of peak generation. These are called “alternative connections”, but there is no guarantee on when your export will be constrained and for how long, so there is a risk these type of connections could significantly affect the financial returns of a project.

For Jonathan Scurlock, chief renewables adviser at the NFU, the constraints on the power distribution network may accelerate the development of battery storage technology.

“It looks like small-scale on-site energy storage may be playing a critical role much sooner than previously expected,” he says.

“But we hadn’t expected any of this to become ‘business-as-usual’ in parts of Britain without some kind of reasonable transition period.”

Grid capacity in South West clogged up by large-scale solar

Western Power Distribution’s recent announcement that there will be no capacity for new-generation connections in the South West for the next three to six years has left many West Country farmers without the option to benefit from renewable energy.

This limit to grid capacity is a theoretical one based on applications in their queuing system, but there is a possibility that not all these applications will go ahead.

Of the 4.01GW of generation currently on the books of WPD , 65% is theoretical. In other words it is not built and might not even have secured the finance or planning permission to allow it to go ahead.

James Bennett from power network operator Western Power Distribution, says: “In 2014 only 26% of quotes made were accepted and 7% energised, so if you extrapolate those figures on to the current situation in the South West then there’s potentially 1.7GW of network capacity that could eventually be relinquished.”