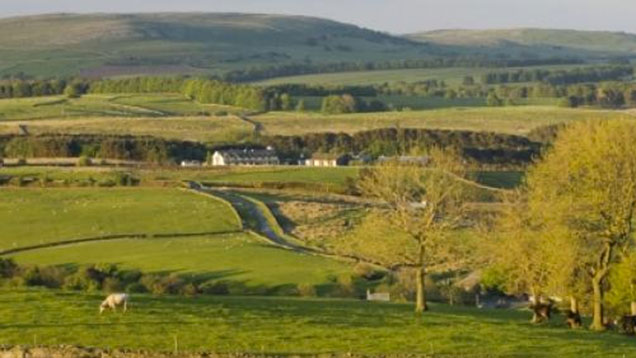 Faced with a new motorway running through their 320ha Cumbrian hill farm, John and Barbara Dunning garnered their entrepreneurism and set up the UK’s first family-run motorway service station.

More than 40 years later and with the help of their daughters Sarah and Jane, the business has grown into one of the best-known brands in the West – the Westmorland business group.

Today it includes two motorway service stations with a footfall of more than four million a year, a hotel, and Europe’s largest underground visitor centre, Rheged, complete with shops, deli, a restaurant and cinema.

The well-planned succession transfer from John and Barbara to their daughters has been key to the business’ continued growth. Sarah (now chief executive of the group) and Jane (responsible for the farming business) work closely together.

Fertile Minds was held at Rheged, where Sarah and John (pictured) shared their advice with delegates:

“Looking at a bare hillside, you have to think about what you can do with it,” says John. “Use other potentials of the land and of the people involved – with change comes opportunity.”

Starting up in business:

“Doing your research is the most important thing,” says John. “[It means] you’re much more likely to get it right than someone who’s just gone on a feeling.”

If a farm diversification requires different skills, think about bringing in a business partner with those skills. Believe in yourself though, you’ll need sheer tenacity.

“Clarity is the most important thing,” says Sarah. “It provides the compass.” This will make communicating to and connecting with customers easier.

Every step is intimidating, but jump in with two feet and use the progress you make to launch off again. A good entrepreneur knows when to take a risk, she says.

Making a success of a business does not come easy though and requires real focus, warns John. “The price of survival is absolute concentration.”

Having a good succession transfer:

People tend to do their best work between 30 and 45 years old, says John – after they have had time to make mistakes, but are secure enough to take on risk, while still having energy.

Handing over the reigns is important if a business is to move forward, he says. “Old men can go on for far too long and it happens all the time in agriculture. Young people have to be given their head early on.”

Moving from first to second generation is a “delicate transition” though, says Sarah, but exciting too. Take time to reflect and ask why you want to be in business.

The transition can be hard for staff, too. The Westmorland group employs 500 people, so it was important to take staff through the transition with Sarah and Jane. Take time to ask questions before making decisions, says Sarah.