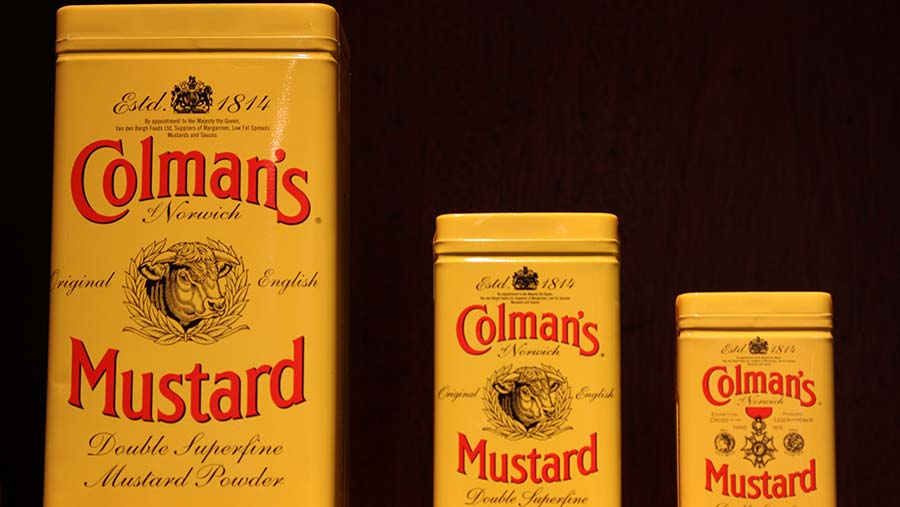 Local farmers hope to continue growing mustard and mint for Colman’s of Norwich – despite the planned closure of the company’s iconic factory by owner Unilever.

A consortium of mustard and mint growers – who all live within 80 miles of the factory – are planning a new long-term partnership with Unilever.

Some of the farming families – from Norfolk, Cambridgeshire and Lincolnshire – have supplied Colman’s for more than 100 years.

Unilever purchased Colman’s in 1995, but announced on Thursday (4 January) it was closing the company’s site at Carrow, Norwich.

It hopes the new partnership with local mustard and mint growers will “protect the historic link” between Colman’s and Norwich.

He said: “Our farms have been supplying Colman’s for generations and have helped make it what it is today – we hope the proposed agreement will secure that relationship for generations to come.”

The partnership would see growers and Unilever jointly fund and develop a state-of-the-art facility near Norwich for mustard milling and mint processing.

Mr Martin said he expected the facility would create about 25 jobs in the local area and open up new possibilities for the future.

He added: “It will provide a cornerstone for the development of the wider food and farming industry around Norwich.”

The deal is subject to Unilever’s consultation with its employees.

Mr Martin said growers would work closely with the company over the coming months to conclude the agreement and establish the new facility.

A partnership between growers and the processor would secure a long-term future for mustard milling and mint processing in Norfolk, he said.

Rhys McCarthy, national officer for union Unite, which has a small number of engineering members at Colman’s, described the closure of the factory as “devastating”.

He added: “We are urging Unilever to look again at its business case for closure.”

Mr McCarthy said it was a “curate’s egg” in terms of employment because new jobs would be created at the new milling facility.

There will be no redundancies in Norwich before September this year.