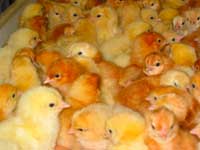 Global poultry breeder Hendrix Genetics is to acquire UK supplier Joice and Hill in a deal to be completed by January 2010.

With 56 employees, Joice and Hill currently operates a 10 million chick hatchery at Eye in Peterborough supplying hatching eggs for the laying sector.

Products include the Bovans Goldline, Babcock Brown and Bovans Amberlink. Hatching eggs are exclusively produced on company farms in Cambridgeshire and Norfolk.

Hendrix Genetics via its Dutch affiliate Institut de Sélection Animale (ISA) already holds 40% of Joice and Hill. But it is set to increase this to 100% by January 2010.

Under the deal, Joice and Hill, with Nick Bailey as managing director, becomes a managerial part of the Poultry Distribution Division (SFPA and Integra) under the leadership of Laurent Taalbi.

The UK company was founded in 1965 by Dick Joice and Dick Hill and has a long history in layer chick distribution. Hendrix is a global, multi-species, animal genetics with around 1000 employees worldwide with a further 500 working in joint ventures.