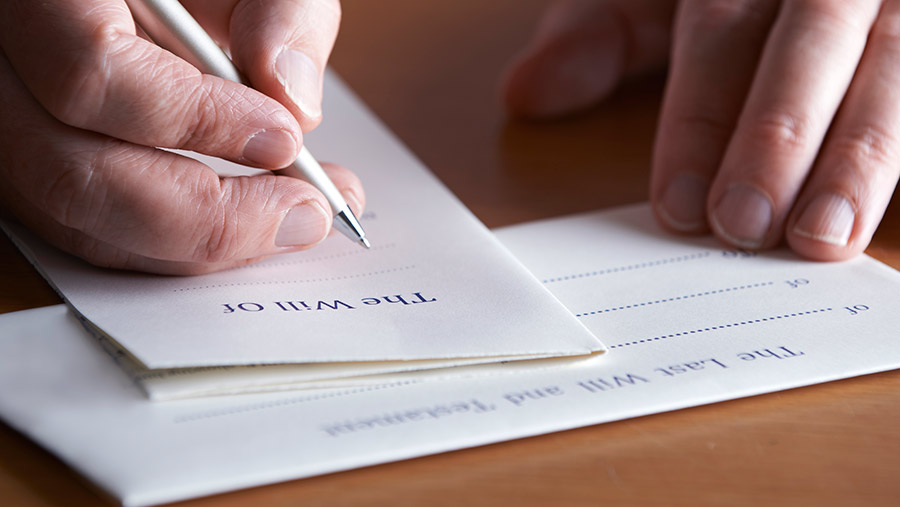 A farmer’s will has been overturned to award his cohabiting partner a house and a cash lump sum.

Wynford Hodge, who owned Parsonage Farm and Caravan Park, near Amroth, Pembrokeshire, left a letter of wishes alongside his will stating that Joan Thompson, his partner for 42 years, had sufficient means to care for herself.

He therefore wished to leave his £1.5m estate to his two tenants, Karla Evans and Agon Berisha, who had worked on his property and run errands for him.

However, in his ruling at the High Court in Cardiff, Judge Milwyn Jarman said Ms Thompson only had £2,500 in savings and her care was being provided by the local authority.

He said Mr Hodge had failed to meet his responsibilities to his partner and varied the terms of the will, ordering Ms Thompson, 79, be granted a cottage on the estate worth £225,000, a lump sum of £160,000 as life maintenance.

She was also awarded an additional sum of £28,844.68 to pay for modifications to be made to facilitate her home care after suffering a stroke and heart attacks in recent years.

Legal experts have said this is a departure from rulings in similar cases where judges are not normally inclined to transfer capital assets, such as the cottage in this case, if needs can be met by a life interest in the property.

“Until legislation makes provisions for cohabitating couples we would advise that anyone cohabiting makes sure they have a will in place – the more variation in decisions made by the courts the less certain an outcome will be in a dispute,” said Julia Burns, farming disputes expert at Irwin Mitchell Private Wealth.

She added: “It is significant that the other beneficiaries of the estate still inherited a sizeable amount from the £1.5m estate and this is always an important factor for a judge when deciding the amount of an award.”

What is your advice for cohabiting couples to ensure that assets are transferred as planned?

The best advice is to make a will and ensure that it is updated if there is any change of circumstance.  It is always sensible to seek legal advice, especially if your estate is large or complex.

What is a letter of wishes?

A letter of wishes normally accompanies a will or a discretionary trust, rather than being something that someone creates on its own to express their wishes.

It has no binding legal effect, whereas if a will complies with all the relevant formalities, it gives legal effect to the will maker’s last intentions.

A letter of wishes does not have to be followed.  It is simply a guide, normally for the executors or trustees of a person’s will to help them understand the will that has been made and to assist them with making their decisions.

What legal protection do cohabitees have for claiming financial help?

A cohabitee will only be entitled to further financial provision if the court considers that he/she is in financial need – referred to as “maintenance”.

There is no specific legal definition of “maintenance”, and every case will be decided on its own facts, based on the standard appropriate to the circumstances.

In the case of a long cohabitation, which was essentially similar to a marriage, the court may take the view the surviving cohabitee should be entitled to continue their life at the standard to which they had become accustomed provided the assets of the estate can accommodate that.

Does marriage overrule a will?

Marriage automatically revokes a will.  A will can also be made in “contemplation of marriage”.

It is important to update your will once you get married, otherwise your estate would pass under the intestacy rules which might not necessarily mean the widow(er) receiving everything.