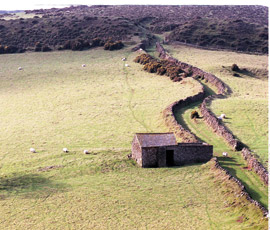 When Exmoor hill farmer John Prideaux needed help with his soil management review, he knew exactly where to turn.

“So many people get it wrong, I didn’t want to make the same mistake,” Mr Prideaux tells Farmers Weekly. “For a lot of farmers like me who find paperwork tedious, the Exmoor Hill Farm Project has been a great source of help and advice.”

Farmer networks such as the Exmoor project (see below) are being used by an increasing number of farmers like Mr Prideaux to work through the challenges of making a living in upland Britain. As the old adage suggests, he says, a problem shared is indeed a problem halved.

There’s no straightforward definition of a farmer network. But such groups operate across all sectors of agriculture – helping farmers by providing a range of services and benefits, according to a report launched in London on Tuesday (21 May).

Commissioned by the Royal Agricultural Society of England (RASE), the study highlights that farmer-run networks have particular benefits in isolated upland areas, where communities are close-knit. But they also work well in other areas too.

“We’ve discovered all kinds of farmer networks – from buying groups and machinery rings through to farmer discussion groups that have been running for more than 30 years,” says report author Jessica Sellick, of rural economy experts Rose Regeneration.

“They range from being solely commercial in outlook, providing farmers with technical advice to improve the efficiency and profitability of their businesses; through to undertaking activities that support the wider rural community, such as providing a youth club or organising farm walks.”

Networks highlighted in the report have both social and commercial objectives, says Dr Sellick. “They are holistic in how they operate – not only responding to all aspects of the farming agenda in its widest sense, but they also help to sustain the community in their local area.”

They include the Warwickshire Rural Hub, set up in 2003 by a group of farmers who wanted to take control of their own destiny.

Activities include farmer workshops and business groups looking at issues such as soil management, environmental management, food and rural tourism.

On a social level, the hub is also behind the Festival of the Harvest, encouraging children to learn about farming.

This range of benefits has seen supporters argue that networks must receive adequate support under a reformed CAP after 2014. As the current funding stream nears its end, some networks have been forced to reduce their activities in the hope they will be able to step up again later.

“They are a potent and farmer-owned means of sustaining agricultural jobs, rural communities and some of our most precious landscapes,” says RASE chief executive David Gardner, who believes networks harness the wisdom of farmers which is key to the industry’s future.

“They are a potent and farmer-owned means of sustaining agricultural jobs, rural communities and some of our most precious landscapes.”
RASE chief executive David Gardner

Tim Farron, Liberal Democrat MP for Westmorland and Lonsdale, Cumbria, agrees. “These networks are not about farming in some abstract or narrow sense,” says Mr Farron.

“They have wider benefits for the communities in which they are based and the environment.”

Networks help farmers to pool their expertise and energy and make a very significant contribution to the sustainability of some of the most challenged rural communities in England, says Mr Farron, who is also chairman of the all-party parliamentary group on hill farming.

They might be difficult to define, but Dr Sellick also believes that networks make financial sense too. They deliver a significant return on investment and savings for the public purse by providing farmers with timely advice and help before problems get worse, she explains.

Networks help farmers to become more competitive through collaboration and they deliver economic benefits for their members and large-scale social returns on investment. Individual projects have delivered a £3-4 social return on investment for each £1 invested.

But it isn’t just about money. The report, says Dr Sellick, illustrates the wider benefits that networks offer to policymakers and the public. For policymakers, the wider social outcomes delivered by farmer networks are a strong reason why they should be supported.

“There’s already a lot of research and information about the interaction between farming and the environment.

“I hope this research will fill a gap by highlighting that the relationship between farming and sustainable rural communities can be just as important.”

With 600 farmer members, the Farmer Network covers Cumbria and the Yorkshire Dales. A company limited by guarantee, there are 10 elected farmer representatives in each of the two areas it serves.

The network has its roots in the Rural Futures project – an initiative arising from the 2001 foot-and-mouth crisis that saw a number of livestock producers recruited as co-ordinators to be a link between DEFRA and the farming community.

With some initial funding from the Northern Rock Foundation and others, the network was established in 2005 as a follow-on from the project, itself originally funded by DEFRA and managed by Voluntary Action Cumbria.

Its mission today is to “inform, educate and support” those involved in farming. Providing support for youngsters who want to get into funding, the network has a strong community focus. It also provides more farm-based services, including administration, advice and help with grants.

“Since the project started, the Farmer Network has shown a detailed understanding of hill farming in Cumbria and has been an extremely useful resource,” says Victoria Elms, programme manager for the Prince’s Countryside Fund. The network is particularly well connected, she adds.

For more about the project visit www.thefarmernetwork.co.uk

Landscape for the future

Set up in 2009 to provide specific assistance to livestock producers, the Exmoor Hill Farm Project aims to help farmers make a living from the uplands while looking after the landscape.

Like other areas, farming on Exmoor has faced significant challenges in recent years, says Jessica Sellick of Rose Regeneration. A combination of factors – including BSE, foot-and-mouth disease, bovine TB and environmental schemes – have affected morale and farm incomes.

With 11 local farmers on the steering group, the project has received 100% funding over the past four years from the Rural Development Programme for England. It has helped more than 600 farmers with grant applications, mentoring, skills and development.

“Farmers come out because they think it’s worthwhile and they will try that,” says Jayne Budd, training co-ordinator with Duchy College. “Rather than being reactive, they’re proactive – it is farmer-driven and led by what they want.”

Funding is due to finish in December. But project leaders aim to maintain a scaled-down service for Exmoor over the next 18 months until the new European funding programmes restart, in the hope that upland areas will remain a high priority.