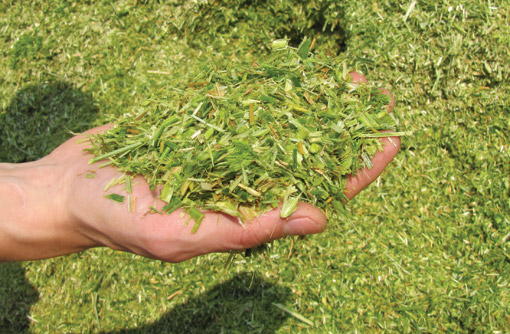 Results from both plot and field scale trials this year have confirmed hybrid rye as the leading alternative cereal to maize as an anaerobic digester (AD) feedstock.

Breeder KWS is investing heavily in bringing varieties of energy beet, maize and rye to the UK that are specific to the biogas market.

The company is using its nous and experience gained in the well-established German AD industry to tap into a UK biogas sector that has grown by 46% in the past year.

Maize is the current leading feedstock grown specifically for biogas, but it is not suitable for every farm and growers in less favourable maize areas may find rye a viable option.

It can also complement maize as a feedstock to spread workloads and extend the supply to the digester, which is often fed with mixtures of maize, rye and beet.

KWS biogas crop specialist Simon Witheford believes it will fit easily into any arable rotation and has agronomic and logistical advantages to boot.

“There aren’t many British growers that don’t know how to grow a cereal well, so particularly in northern areas that don’t have the cumulative heat units for efficient maize production, it’s a perfect fit,” he explains.

There are other wholecrop cereals that can be used as an AD feedstock such as spring and winter wheat, triticale and grain rye.

However, two years of KWS trials in the UK have seen hybrid rye trump them all for dry matter yield – the most important component for optimum gas production in the digester. Mr Witheford says hybrid rye’s performance had been proven in Germany, but not UK conditions, where there is little experience of growing it for wholecrop ensiling.

“This year we have also looked at seed rates and sowing dates to try and offer current and potential growers advice on optimising establishment,” he adds.

A later drill date of 11 December showed less clear results. Despite that, the trend was the same, as hybrids came out on top for dry matter yield, but were matched by triticale sown at 300 seeds/sq m.

With higher seed rates providing the highest dry matter yields and the inherent competitive nature of hybrid rye, the crop could provide assistance in the blackgrass battle.

Trialling 280ha of hybrid rye this year, Future Biogas national feedstock manager Jeremy Dale has been encouraged by the performance of the crop and the agronomic benefits that it can provide.

The company has seen fresh weight yields of between 38-51t/ha and is planning to increase its rye area to 1,000-1,200ha next season to complement the 2,800ha of maize that feeds its four digesters across Norfolk and South Yorkshire.

“We have also seen that it has given us some benefits for grassweed control and in particular blackgrass,” says Mr Dale.

The flexible drilling window allows drilling to be delayed, maximising the use of stale seed-beds and glyphosate to kill germinating blackgrass prior to establishment.

The vigourous early-growth habit then has the potential to smother the weed and rye grows on into the winter longer and kicks off earlier in the spring to offer more competition than other cereals.

Wholecrop rye is harvested around mid-July, which Mr Dale believes is its biggest strength, potentially removing any blackgrass before it has produced viable seed.

“Also, some growers can struggle to get a good entry into oilseed rape after wheat or barley, but wholecrop rye can give you a five- to six-week window to produce a stale seed-bed before drilling,” he adds.

Historically, UK grain rye has been grown on light or cold soils less favourable for wheat production, but Mr Dale has grown the crop over a variety of soil types this year.

The crop seems to have yielded better on the heavier soil types, proving it is suited to both light and strong land when cutting it for wholecrop silage.

KWS sees the crop sitting well as a second cereal, with good resistance to diseases such as eyespot and take-all.

Gross margins are comparable with second winter wheats or winter barley and the crop is relatively easy and cheap to grow.

Grassweed herbicides such as Liberator (diflufenican + flufenacet) and Atlantis (iodosulfuron + mesosulfuron) are available to use in rye on an Extension of Authorisation for Minor Use (EAMU) and a cheap fungicide and plant growth regulator programme will keep it clean and standing, notes Mr Witheford.

“Nitrogen needs to be applied early and it provides a good chance to use up digestate during the autumn,” he adds.