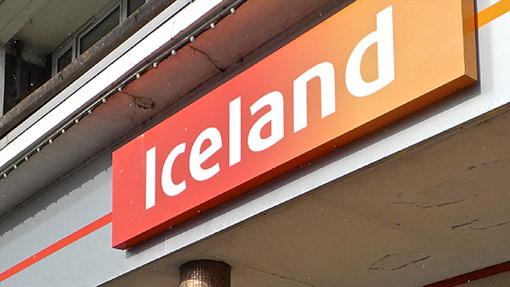 Iceland has been accused of insulting British dairy farmers after it slashed the shelf price of four pints of milk to 89p.

Dairy farmers hit out at the budget retailer after it began advertising four pints (2.272 litres) of whole milk, semi-skimmed and skimmed milk at 89p on its Facebook page.

The advert, which was posted on Facebook over the weekend, said: “Iceland’s four-pint milk is the cheapest in the UK.”

Meanwhile, Iceland was offering customers who shopped online the chance to buy two four-pint cartons at £1.60.

Dairy farmers and consumers took to social media platforms, including Twitter and Facebook, to criticise the retailer.

Brian P Smith wrote on Iceland’s Facebook site: “It may be the cheapest, but how much are you paying farmers? Do they actually make a profit on the production?

“I pay nearly twice that and get it delivered, because I would rather support a local dairy. I expect a fair reward for my work – the farmers deserve the same.”

Somerset relief milker and farm secretary Rebecca Horsington raged: “Dairy farmers cannot produce milk at that price – promotions like this really damage a struggling industry as the consumer expects to pay below the cost of production.

“You should be setting a more realistic price.”

Consumer Sarah Louise Arnold said: “It’s fab for families, but it kind of makes me want to buy my milk elsewhere – the poor farmer must be paid pennies, and selling milk at this price will eventually put him out of business.”

NFU deputy president Minette Batters said: “I find it outrageous that the retailers have reduced the value of milk to such an extent. It’s absolutely criminal.

“We need to tell consumers how fantastic milk is. We have got a retailer ethic in this country that just wants to devalue it. But people have to pay more for their milk.

“We have got all these health studies that have been done showing the benefits of milk. Ultimately, we need the Department of Health to get milk in primary schools again.”

Iceland was unavailable for comment early on Monday morning (13 October).

A spokesman for Iceland Foods said: “Iceland has not changed the price that it pays for its milk, only the price it charges to its customers.

“We are operating in the most competitive food retail market in the UK any of us can remember, and decided to make a major investment of our own margin to help our customers by offering them really compelling value on the essentials they buy every day.

“We do not disclose commercially sensitive information on the price we pay for anything we sell, but we can confirm that we continue to source all our milk from UK processors and reiterate that we have not changed the price we pay to them.”