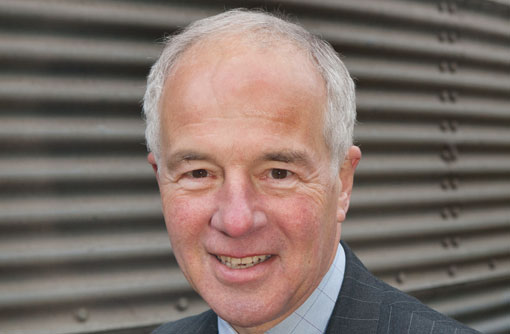 Tell us about your role at HSBC?

My role at HSBC is agriculture and food adviser. I work very closely with Allan Wilkinson, the head of agriculture, but also with other parts of HSBC’s banking.

I assist the bank in putting a slightly wider context into the development of their approach towards agriculture and food. I use my experience in politics and commercial business to become a source of information to the customer.

Equally, I can extract information because there are questions that occur to me as a non-banker which would not necessarily occur to the banker. It enables me to give them the backdrop about how the public policy may affect banking to give them some insight into how the decision-making process within government and indeed the European Union operates.

Do you miss the cut and thrust of Westminster?

No. I decided in 2008 to stop being an MP, two years before the 2010 election. I was lucky enough to have six-and-a-half years in government. Of those, I had four ministerial appointments, including one in the Ministry for Agriculture, Fisheries and Food and another in the Treasury.

What’s your impression of the image of banks in farmers’ eyes?

Farming businesses in the top echelons understand that banks are an important, integral part of the business.

Just as water, seed, soil and fertiliser are crucial elements in producing a crop, finance is another vital ingredient. Farming businesses have got to have their working capital and their investment capital.

The well-run farm already recognises that and therefore having a relationship with the bank and the local manager, and/or Allan – if the deal is big enough – is a crucial ingredient as with any business.

The best farmers are business and market savvy. Fundamentally, if you have got a sound, organised, financially aware and astute business, there’s a good chance you’ll get treated positively.

Does HSBC see farmers as a “good” risk?

When Allan Wilkinson speaks to farming audiences, he has hardly got into his stride before he tells them “agriculture is the bank’s most preferred sector”.

For all sectors of business, agriculture is in a funny kind of way different insofar as many of our discussions and worries are: how are we going to meet an increasing demand for the output of agriculture?

Secondly, from a bank’s point of view, the asset base of the industry is relatively strong. It’s not as an industry over-borrowed and it has a very positive long-term future.

For all of those reasons, you can understand why, when other parts of the economy are under acute pressure, agriculture actually looks to be quite attractive.

Is HSBC supporting any of the “super” farm businesses seeking planning permission?

When you talk about the bank supporting anything, principally it comes down to this: Is the proposal going to be viable?

The bank is an ethical business and therefore it takes into account many facets in terms of the way it determines who it supports.

What characterises a top 10% farm business?

I think very much an awareness of what’s going on, not just in terms of the financial awareness of the business, but how its sits within the context of farming.

The best farmers are willing to embrace sensibly new technology and new ideas, to participate in forums, which challenge the way farming proceeds, and to be open and discuss the nature of the business.

“SHARING KNOWLEDGE IS CRITICAL TO THE FUTURE OF UK FARMING”

What farming practices have you seen visiting other countries that you would like British farmers to adopt?

In New Zealand, I met a dairy farmer who made enough money to do share farming, then bought 80ha and managed his own dairy farm. He was anxious to improve and told me that every month, he and his neighbours would get together. They would compare farm accounts.

One farmer would always get pulled to pieces and the others would comment. But he learnt so much from the criticism. He realised that his competitor was not his neighbour, but other farmers, globally.

His philosophy opens up the prospect of different co-operation within UK farming. Good farmers are proud of what they do and they are delighted to share that.

But if we’re going to make progress, it’s going to be about how we share our excellence and best practice, which is going to be key going forward. Sharing the knowledge of this pool of excellence is critical to the future of farming.

We can be in friendly rivalry with our European neighbours, but we can be in partnership for the strength of UK farming with our friends and colleagues here. Progressive farmers, whether big or small, have an attitude of mind, which recognises that someone else will have something that is relevant to you.

Are supermarkets too powerful?

They are powerful, but the hard reality is they account for 80% of the food that is sold in the UK. In my opinion, strategies that agriculture can develop to deal with strong buyers are much more important than simply criticising the pressure that a strong buyer can bring.

If you read the corporate social responsibility documents or sustainability plans which all of the UK supermarkets have produced, the one common theme is they want to source more local food. If that’s true, and some of them are being more specific about their targets than others, then that’s an opportunity. The challenge for UK farming is to think how we can “exploit” that opportunity?

What are your views on the idea of a supermarket ombudsman?

I can appreciate why a supermarket ombudsman was put forward. Supermarkets do need to understand that their supply base must not be exploited in a short-term quest for margin.

Equally, suppliers need to appreciate the need for their customers to be competitive. If UK supermarket aspirations to source more products from the UK are to become reality then they will recognise that in spite of their strong buying power, nurturing their suppliers is in their long-term interests.

Should UK producers have global ambitions, and if so, what should we be doing to increase exports?

Yes. But we must remember that each country has its own highly developed food culture. Therefore, we need to think about the products that transcend this.

The best example would be Scottish whisky, which is the Trojan horse for barley and malt. We must recognise that although the UK is a very diverse food market, not everybody is going to like what we like.

But there are tremendous opportunities in terms of optimising farming, reducing cost and expertise, particularly from the food side in post-harvest handling.

I would never rule out the possibility with foods like cheese to find opportunities. We have innovative cereal production here and looking at continental supermarket shelves the cereal sector is increasing. We are also getting some very innovative products, for example smoothies, which I think will be able to find their way into Europe.

Would UK farmers be better out of Europe?

No. The global trade discussions, which haven’t yet crystallised but will, require strong spokesmanship.

The rest of the world is grouping itself. Whilst I accept that there are frustrations in the political way Europe operates, the reality is that big groups are coming together, such as the Brazil, Russia, India and China, and the rest of the Far East.

Those are very powerful partners and having a big body to argue the case for us is worth the sacrifice of the frustration that people feel about the way the EU operates.

What tiles have you got in your bathroom?

My tiles are from Topps Tiles, but they are of very good quality and were a very competitive price. We are always delighted to hear from members of the farming community if they want to buy tiles from us as much as from anyone else.

How do you relax?
To relax, I plug in my headphones and listen to the radio

What is your favourite sport?
I am a very keen cyclist both on and off-road. New routes and challenges welcome.

What do you like/hate most about Britain?
I like our countryside, but don’t like Christmas advertising that begins as soon as the summer holidays are finished.

What was the last film you watched?
The Iron Lady. I admired Meryl Streep, but not the film.

Where do you like to go on holiday?
Devon or Italy.