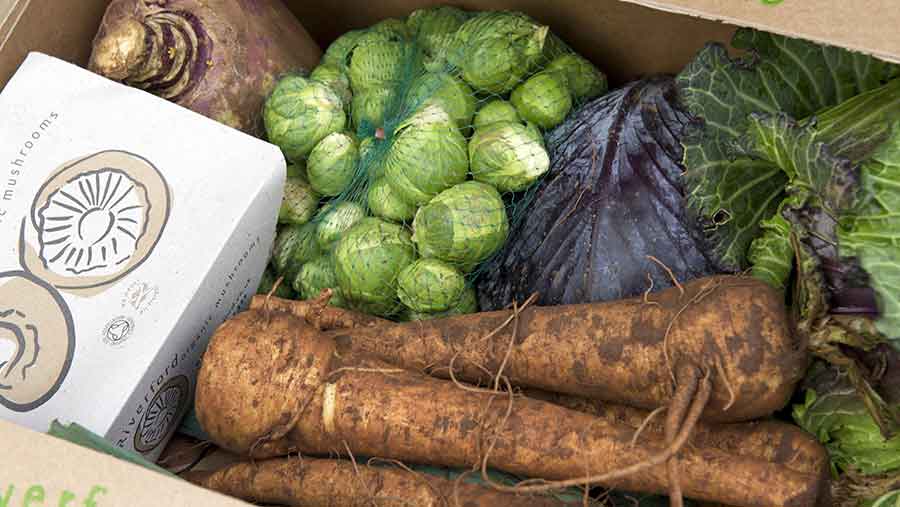 Total sales of organic produce are set to return to pre-recession levels this year, a report has suggested.

Growth of the sector amounted to 4.9% in 2015, taking the value of sales to £1.95bn – just shy of its 2008 peak, according to the Soil Association’s annual market report presented in London this week.

It marks a third year of consecutive growth for organic produce, which was hit hard by the cut in consumer spending during the economic downturn.

There had also been a shift in the demographics, with the so-called “millennials” – shoppers born between 1980 and 2000 – now dominating the market, said Mrs Browning.

Those consumers are comfortable ordering on the web, and are seeking the health benefits that organic bring, according to Rob Howard, managing director at Riverford, which specialises in the mail order of organic groceries.

He said the business had seen about 10% growth in 2015, and suggested online shopping, especially subscription-based models, may be “on the cusp” of going truly mainstream.

More generally, he felt consumers were eating less meat overall, but were also choosing higher-quality cuts when they did indulge – both trends a boon for organic sales.

Convenience was also a factor growing in importance, with the firm now selling 1,500 recipe boxes each week, which contain everything required for a meal.

He said his wheat was “holding up” its value at £200/t, while his neighbour’s conventional crop was selling at about £90/t and had faced higher input costs.

There are also opportunities to export. While the UK is the third largest organic producer by volume, after France and Germany, it falls well below other countries in terms of market share across Europe. In Denmark, organic products account for 7.6% food and drink sales, for example. Here it is closer to 1.4%.

This is driven in part by higher government support for organics in the Nordic countries. As such, that region, as well as northern Europe, presented good opportunities for export, said Mrs Browning. Organic produce was also well placed to meet the government’s aims to sell more food to Asia.

Overseas markets remain a key priority for organic farmers in the UK, added Ms Brown, with 9% of sales already accounted for by export.

Despite the buoyant market signals, some 200 organic farmers ended their Soil Association registration in 2015, and the total area of land farmed organically in the UK also declined by about 25,000ha.

But those who continued in organic farming increased their acreage by 10ha, on average, reflecting consolidation in line with the rest of agriculture.

Simon Crichton, of Triodos Bank, said that trend was beginning to reverse. Confidence in dairying in particular was on the increase, he suggested, with Defra statistics suggesting the organic herd grew 7.7% last year, despite consumption declining.

The Soil Association also said enquiries about converting to organic were up, but conceded it was a long process between enquiry and final conversion.