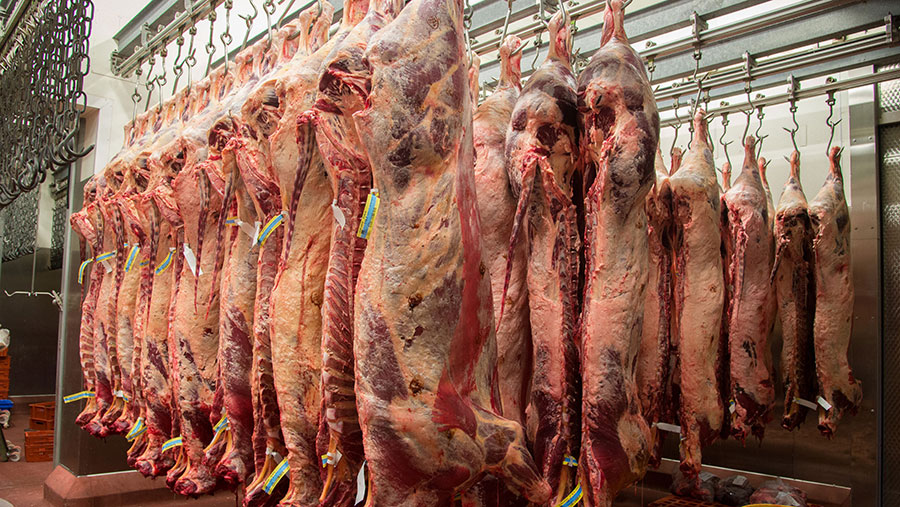 A wide-ranging consultation regarding future of carcass classification in the UK beef and lamb industry is under way.

AHDB Beef & Lamb are calling for all parties with a stake in the industry to share their views on the future of the Europ grid after questions were raised about its effectiveness and relevance.

The move coincides with a drive by the NFU to increase transparency surrounding the deadweight trade in regard to specs, deductions and levied charges.

“With Brexit right around the corner, this is the perfect time to have an industry-wide discussion to assess the appetite for change in carcass classification and the key industry needs,” said Laura Ryan, AHDB sector strategy director for beef and lamb.

“The beef and lamb sector has seen a number of changes in recent years and we want to make sure that, with a potential blank canvas in the pricing of cattle and sheep, that we help industry members have the opportunity to consider factors that are important to today’s supply chains and consumers.”

AHDB Beef & Lamb are seeking views on the following areas:

All responses should be submitted by Friday 8 September by email to carcase@ahdb.org.uk

The levy board has examined a number of global grading systems, including those used by the US, Japan, South Africa, South America, Canada and Australia.

The industry needs an objective system based on saleable rather than lean meat yield should be put in place of the current system, according to Nuffield Scholar and Newtown mixed livestock farmer, John Yeomans.

“If a shear force measurement could be incorporated into this, to assess the force needed to actually cut through the meat, so much the better,” said the Europ grid critic.

“There are also a number of other factors such as pH which could be incorporated.”

Mr Yeomans added: “A system which means that wherever the plant is, whatever the company, whatever day of the week, the same animal would be worth, and classify the same all over the country.

“That is, a truly fair system to all sections of the production chain.”

It would be crucial for any new system to be overseen by an impartial regulatory body and should also involve standardised cutting specifications for each species, according to Mr Yeomans.

He added any changes to carcass grading would require a transitional period of several years, but one that needed a defined end point.

“Also, crucially we would need to recognise that the abattoir and processing industry is under considerable pressure so there would not be extra money for carcasses, just a redistribution.”

Following the discussion period which ends Friday 8 September, there will be a 12-week industry consultation to examine the responses provided.

More details regarding the AHDB Beef & Lamb consultation (pdf) and the NFU transparency survey can be found online.