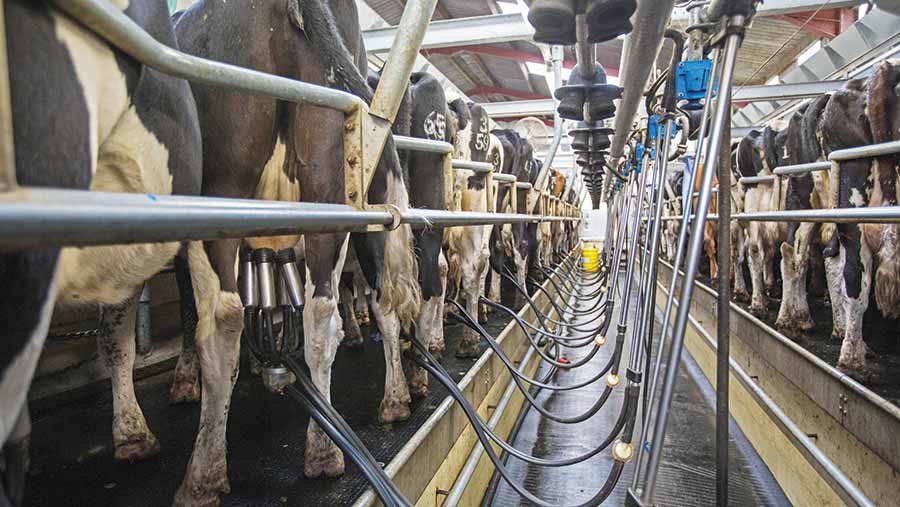 Dairy industry representatives are stressing that there remains a place for contracts with A and B prices despite widespread unpopularity among farmers.

In a Farmers Weekly straw poll, 69% of farmers who were currently on these contracts, said they would ditch them for an alternative if they had the choice.

Last week Graham’s Dairy said it was abandoning A and B pricing for a pool price system, following an open consultation with suppliers.

But the two largest processors employing this dual payment system, First Milk and Meadow Foods, have committed to continue using this type of contract, alongside a number of smaller processors.

First Milk told Farmers Weekly it had no plans to change its A and B pricing structure, which was introduced following consultation with farmer representatives in April 2015.

It said its B price should reflect the forward market and was not based on a fixed formula, but returns from whey and short-term brokerage deals.

Meadow Foods said that while reviewing its contracts every year, producer feedback over A and B pricing had been good, which would be taken into consideration when completing its annual review.

Processors first started using A and B price mechanisms in 2014 to take some of the seasonality out of milk production and help plan sales against a more managed supply.

Farmers on these contracts receive an A price for their milk up to a certain volume, after which the B price kicks in.

The mechanism should be based on actual market returns or spot trade prices and dependent on over- or undersupply within the market.

But it can be left open to abuse which is why so many farmers are disillusioned with A and B prices, according to NFU Dairy Board chairman, Michael Oakes.

“With some processors there is no transparency where B prices are set, often leaving nonsensical figures for farmers to try to get their heads around,” said Mr Oakes.

“They’ve also been taken advantage of by a few processors winning cheap business in the knowledge that a low B price will absorb it.

“Buyers should use it as a tool to manage supplies while providing complete clarity as to the price producers are being paid.”

Policy manager at NFU Scotland, George Jamieson, said that the principle of A and B contracts was fine, but criticised them for being solely reactive to market conditions.

“By the time B prices kicks in the A price has already done the damage which is too late from a supply management view.

“We need proactive policies that encourage forward planning and communication between farmers.”

Dairy Crest Direct’s B price is fixed at AHDB’s Ampe market indicator, minus 2p. Its producer’s volumes are grouped into milk pools, so farmers work together to manage production.

“We know there’s no ideal solution for everybody,” said Andrew Branton, farmer and DCD forum representative. “But we strive to communicate with producers and provide them as much clarity over pricing as we can.