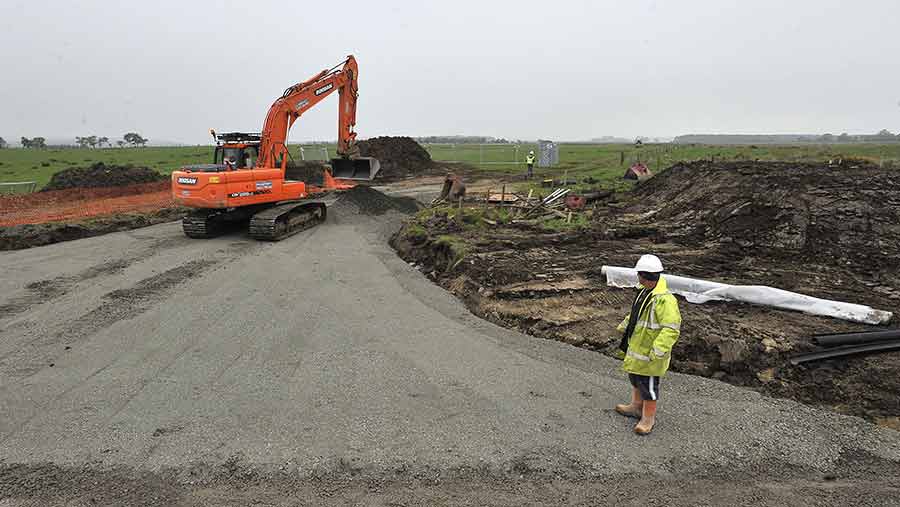 Farmers hit by compulsory purchase of their land or property may soon receive a fairer rate of interest when their compensation payments are late.

Following a consultation, the Department for Communities and Local Government and HM Treasury have proposed a new penalty interest rate of 8% above base rate for late payments. This is in line with standard government practice.

The current rate of interest on late payments for acquiring authorities such as HS2 Ltd is 0.5% below base rate, so with base rate at 0.5%, those affected typically receive no interest at all on late payments.

This has meant those who acquire land through compulsory purchase orders are often slow to pay, leaving many farmers, along with other businesses and individuals, out of pocket. Many wait years to be fully compensated for land and related expenditure, putting added strain on businesses.

James Del Mar, head of rural services at Knight Frank, said following the development of the M25, some landowners affected by compulsory purchase had to wait 25 years to be fully compensated. “With the interest rate where it was, there was simply no incentive to pay,” he said.

The CLA, along with other industry groups, has been campaigning for a series of reforms to make the compulsory purchase system fairer for affected rural businesses and individuals.

“Rural businesses that lose land to compulsory purchase and do not receive timely compensation need to borrow in order to relocate or reinvest in their business,” said CLA chief surveyor Andrew Shirley. “It is right and fair that these businesses should receive fair interest on the late payments that are owed to them.”

Although the increased interest rate will be welcomed by those waiting for payments, the real intention of the higher rate is to encourage acquiring authorities to simply pay on time, said Mr Shirley. “Compulsory purchase should be a last resort,” he added.

While the CLA welcomed this aspect of the consultation, it has raised concerns elsewhere. These include:

Mr Shirley said: “The government has missed another opportunity to set the wheels in motion for a duty of care on acquiring authorities to treat those losing land or property fairly, and to make sure compulsory purchase is only used when other fairer avenues have been proven unviable. The CLA will continue to press for these important reforms.”

Often acquiring authorities did not liaise directly with landowners at all before carrying out work, even though doing so would likely save time and money on both sides.

Although only in the consultation phase at present, Mr Shirley said he expected the proposed changes could be implemented fairly quickly, perhaps in the next couple of months. This would come as a relief to all those still waiting for payments.