The value and potential of farmland varies enormously across the world. Politics, infrastructure, economy, geography and climate all play their part. Farmers Weekly asked the international teams at Savills, Brown & Co and Bidwells to tell us more.

Hover over the map below to see the price of land around the globe, then click on the links for more insight into each country. 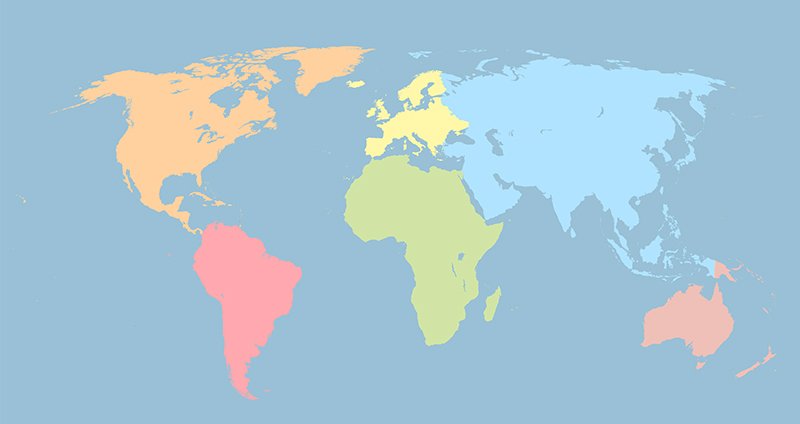 Read the on the New Zealand land market

The US has an abundance of quality land, whether it be for broad-acre cropping or livestock. One issue an investor may face is the lack of available scale, because the majority of US crop land is segregated into relatively small plots.

Read more on the US land market

We are talking mostly of western Russia, which is that part between Ukraine and the Ural Mountains. This is a vast area of land with a range of soil types and different climatic conditions. Chernozem soils can be very heavy clays or clay loams, rich in mineral content and versatile.

Most of the region’s chernozem soils are within Ukraine. Land varies from light to heavy and farmed to unfarmed. Generally most land has significantly high production potential.

Land quality varies, but is generally very good. Rainfall (at the right time) affects farm quality massively. Light land can experience water erosion if left as bare soil during rainy season. Often a cover crop is planted which serves two purposes – it protects the soil from erosion during periods of heavy rainfall and the trash from the cover crop preserves water during times when the new crop is trying to establish.

Variable, with areas such as the Humid Pampa containing high-quality soil, the ability to crop twice within a year. The quality in more marginal provinces is often driven more by weather than land quality, where low rainfall can significantly affect yields or indeed whether a crop establishes at all.

Land varies from fenland peaty silt soils in the delta regions to heavy clays in the North East and lighter sandy soils in the West. In general the land is light and sandy. This soil type can be easily improved through better husbandry, and with an abundance of ground water, there are plenty of irrigation options.

Mix of farming operations. There are some highly-fertile soils depending on where they are located.

Varies hugely from very fertile, red loamy soil suitable for top cropping to bare, sandy soil only suitable for extensive ranching. Climate and rainfall have a large influence as well.

Cropland in eastern and southern Paraguay is of very good quality and the predominantly cattle land in western Paraguay (Chaco) also can be very fertile. Climate is more unpredictable, with a wet season from December to April, and there are droughts conditions at times. In Chaco there is a lot of bare land and tropical rainforest. The presence of water resources is important.

There is a mix of high-quality arable land in the west and centre, grassland in the north and forestry in the east of Uruguay. Typically Uruguayan farms have a mix of agricultural activities combining crop and cattle on a single property.

Varies hugely from very fertile red loamy soil suitable for top cropping to bare sandy soil only suitable for extensive ranching. Climate and rainfall have a large influence as well.

As a generalisation, high-quality arable land in the East with occasional double-cropping silts. Highly productive grassland in the West. Martime climate allows for mixed conditions and a range of farming practices across the board.

Information has been supplied by the following agents:

Stephen Hall and Wojtek Behnke, international investments team at Brown & Co. The company deals with farmland across Europe, in Russia, Argentina, Columbia and the US.

Ian Monks, head of rural services at Bidwells. The company is involved in farmland deals from the Americas to Australasia and also across Europe.