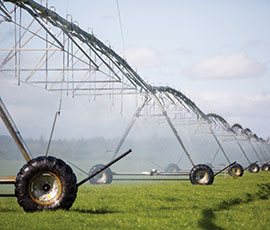 An investment fund which buys and manages New Zealand farmland has produced returns of about 8% in each of its first two years of operation.

Craigmore Farming operates across 13,000ha in New Zealand and offers an alternative to direct investment in farms there, with a minimum investment of £500,000 for non-New Zealanders.

The county has restrictions on foreign capital investments so that essentially foreign investors may only invest in properties for improvement and which are offered on the open market.

Investing in a portfolio of farms through a fund means the fund manager is responsible for selecting farms and for the operational management of the farms. Returns are sought through land price growth and farming returns.

“However, many of these farms require investment to improve their core capital assets – soil fertility, pastures, irrigation, machinery, staff housing, stock fences and livestock genetics. And many of them are currently not producing optimally.”

There was political recognition in New Zealand of the importance of attracting capital to make the improvements necessary to maintain the rate of productivity increase in the agricultural sector, said Mr Tapp. “At Craigmore, we look for under-capitalised properties, or dry land farms with an opportunity to introduce irrigation, and implement a five-year improvement plan. One of our first farms, Pahau Dairy, a 300ha dairy farm in Culverdon, South Island, is a good example of the changes that can be made in just a year.”

Following small investments in improving the equipment and soils, Pahau Dairy’s first full season of milk production was about 15% ahead of the previous season, said Mr Tapp.

Climatic risks meant that although New Zealand has an average annual rainfall of more than 1,000mm, droughts occur and are becoming more frequent, and so Craigmore invests generally in land with irrigation rights and invests in on-farm infrastructure to address these risks. Conversions to dairy are increasing, but require more capital. Craigmore has undertaken several conversions, including a farm near Hinds in South Canterbury, South Island, which was bought in mid-2012 as a grazing/arable farming system.