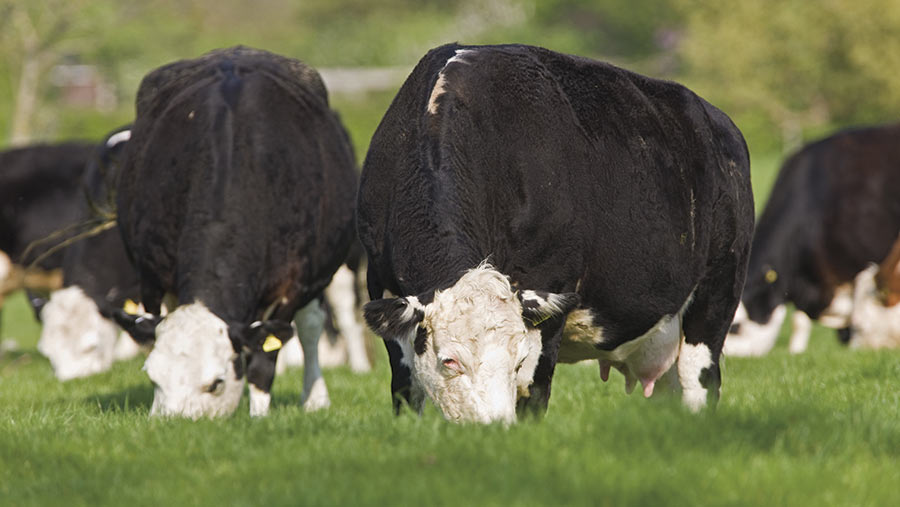 Irish beef farmers have called on the EU to pay farmers to cut suckler cow numbers in order to reduce beef supply.

Farm leaders have been warning for a number of months that low prices are leaving beef producers struggling.

However, the Irish Cattle and Sheep Farmers’ Association (ICSA) has now suggested farmers should be paid €200 (£173) a suckler cow for up to five years in a bid to reduce output, claiming the only way “to deliver farm viability is scarcity”.

ICSA suckler chairman Dermot Kelleher said lessons needed to be learned from the strategy applied at an EU level to deal with the dairy crisis.

To tackle that, payments were offered to milk producers to address the supply/demand imbalance.

Many older suckler farmers were putting their lives and health on the line trying to manage suckler cows and returns from the marketplace were getting worse and worse, said Mr Kelleher.

“ICSA believes farmers are sick and tired of losing money to produce beef when there is so much uncertainty around viable markets,” he said.

“This strategy would expose the hypocrisy of Food Wise 2025 expansion targets [set by the Irish government as part of its vision for agricultural growth] by sending out a clear signal that anything less than €200 a cow net profit is unacceptable.

“It would expose the deadly consensus that farmers should be satisfied with just breaking even.”

Debbie Butcher, senior analyst at AHDB Beef & Lamb, said she understood why Irish farmers felt the need to push for such a scheme.

Production levels in Ireland in 2017 were expected to be the highest for 10 years, with an extra 120,000 cattle expected to go to slaughter, she said.

90% of Irish production was exported and the major market was the UK, which had been challenging in recent months because of the movement in the exchange rate.

“The outlook for farmgate prices in Ireland is anything but positive, so I can understand why they would advocate this approach.”

However, Ms Butcher thought it was unlikely there would be much interest in such a scheme across much of the rest of Europe.

While British producers faced similar challenges in terms of profitability, she suspected it would not be a scheme that would interest the UK because there was such a strong emphasis on suckler beef as a product and sucklers also played an important role in the management of the landscape.

The other factor was that across the EU, production was dairy dominated, making problems in the suckler sector less of a concern to many EU countries.

According to the EU Commission, two-thirds of EU beef comes from the dairy herd.