Major food manufacturers are increasingly marketing their products as ‘British’ in a move that suggests country of origin may be becoming more of an issue for shoppers.

The farming industry has been repeatedly told over the past few years that Britishness tends not to be a key factor driving the purchasing decisions of consumers.

But Bernard Matthews, Carling and Country Life are just three of the companies that have recently launched campaigns pushing the ‘Britishness’ of their products.

The development is thought to reflect consumer demand for more information about where their food comes from and a desire to buy more locally when possible.

It has produced a TV commercial (click the link to watch) bearing the message “British turkey born and bred, 100% breast meat, low in saturated fat”.

The new advert follows recent press advertising and broadsheet inserts and is the latest phase in the company’s “Proud to Work at Bernard Matthews Farms” £3m campaign.

Meanwhile, beer brand Carling has gone for a ‘grain to glass’ campaign (click link to watch) and has introduced the message on all its packaging that its lager is brewed with 100% British barley.

The adverts portray an historic view of farming which could disappoint some farmers who would prefer it if modern production methods were reflected. 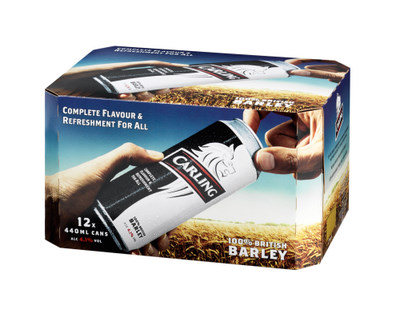 Martin Coyle, Director of Carling, said: “British consumers are increasingly interested in the quality and sourcing of the food and drink they buy.

“But from our research, we realised that few know about lager quality or sourcing standards and more specifically they don’t know the facts, such as Carling investing only in 100% British barley. It was this that led us to make the move to create a campaign to champion lager and tell people about the story behind the pint – from ‘grain to glass’.

The commercial aims to get the message across to shoppers that the butter is made with 100% British milk unlike other brands from New Zealand and Denmark. It is being supported by a website that encourages people to sign a pledge that they are ‘proud to buy British’.

What do you make of the three advertising campaigns? Let us know on the forums.