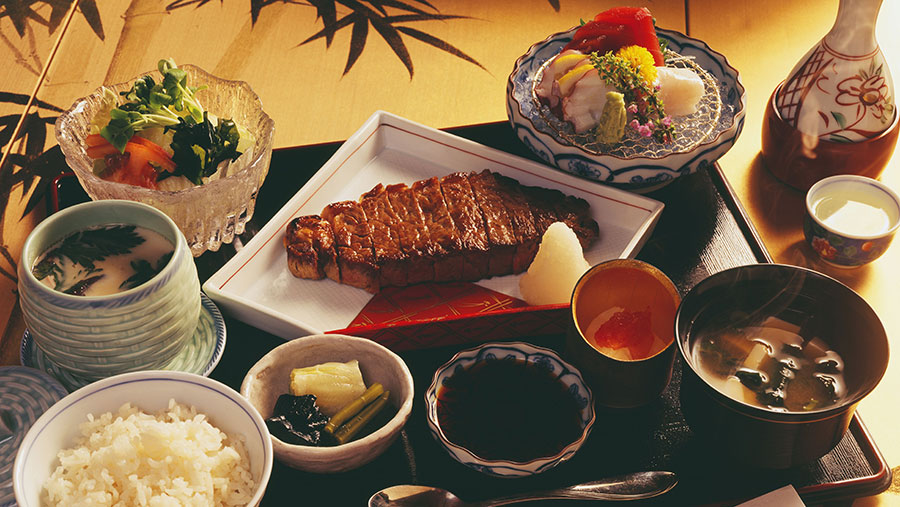 Japan’s growing appetite for meat could offer UK farmers anopportunity to sell into a high-value market in the future.

Japanese consumers ate 3.4% more beef, pork and chicken between April 2015 and March 2016 year-on-year, according to the country’s Agriculture and Livestock Industries Corporation (ALIC).

This was the 10th consecutive year of growth in Japan’s meat consumption.

With high incomes, the country is being targeted by AHDB’s export teams for premium products rather than large volumes of cheaper products.

“Britain exported 1,000t of pig offal and 1,500t of pork to Japan in 2016 but is seeking to increase the value of these exports,” said Jean-Pierre Garnier, head of exports at AHDB.

“We are concentrating on premium pork shipments to Japan at the moment,” he adds.

AHDB hopes to open up opportunities for premium British beef, too, as Japan’s imports (500,000t) are currently dominated by Australia and the US.

The UK is not currently permitted to trade beef  because Japan has not carried out Sanitary and Phytosanitary (SPS) tests at UK processing plants since it lifted its trade ban following the BSE crisis.

“We are most interested in unlocking access for beef,” explains Peter Hardwick, AHDB international manager for pork and trade development. “We have not had that opportunity since the BSE crisis in 1996, or possibly ever.”

“We see the beef market as being a niche market for high-value products,” says Phil Hadley, head of global supply chain development at AHDB.

Mr Hardwick is hopeful that Japan will visit a sample of factories in the UK within 12 months.

However, Mr Garnier warns that even if they do inspect sooner rather than later, a trade deal could be years away.

“The issue is anything with Japan is slow and complicated,” warned Mr Garnier.

Trade deal needed for UK to compete on price

For the UK to be able to compete with bigger, cheaper producers, a trade deal will be crucial.

“You can do business in import markets with or without trade deals,” said Mr Hardwick. “Trade deals may reduce tariff rates or other restrictions and there are tariff regimes in place.

“We are currently competing with Canada and the US who are able to supply at cheaper rates. If we had a free trade arrangement it might improve our position.”

Duncan Wyatt, an AHDB beef analyst, said it will be an uphill struggle for British beef in Japan, since the market is already dominated by Australia and the US who have good trade deals in place.

“It’s a significant market, but I imagine hard to break into and compete in.”

The final obstacle to a Japanese agreement is that any deal likely to be thrashed out will come after a trade deal with the EU is reached.

Although permission to trade could come as early as next year, tariffs are expected for several years to come on any beef exports to Japan.