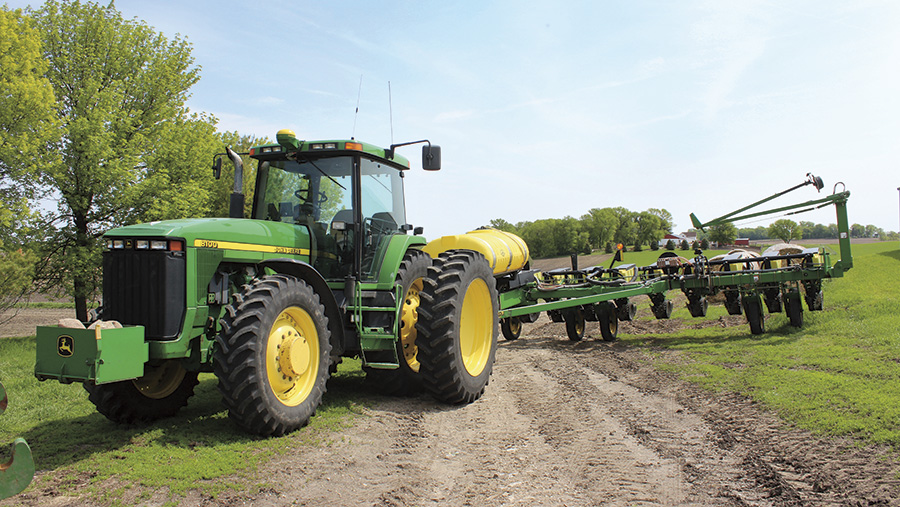 John Deere has said it will fight an attempt by the US Department of Justice to block the acquisition of technology company Precision Planting from Monsanto.

The authorities have said they want to stop the sale because it will remove John Deere’s only real competitor in the US market for high-speed precision planting systems.

The two companies together account for about 86% of the market.

“If this deal were allowed to proceed, Deere would dominate the market for high-speed precision planting systems and be able to raise prices and slow innovation at the expense of American farmers who rely on these systems.”

In a statement, John Deere and The Climate Corporation – the subsidiary of Monsanto selling Precision Planting – said they planned to contest the legal action.

“Deere has long been focused on helping American farmers become more efficient and productive so that they can remain globally competitive. The proposed acquisition benefits farmers by accelerating the development and delivery of new precision equipment solutions that help farmers increase yield and productivity.”

The move by John Deere is one of a series of significant deals in the global agricultural market over recent months.

There are now several multi-national companies seeking to join forces and consolidate their efforts, particularly around research and development.

It was announced last week that Bayer is to buy Monsanto in a $66bn (£50bn) deal which will create the world’s largest supplier of pesticides and seeds.

Dow and DuPont have also proposed a merger which would initially create a business worth an estimated $130bn.

However, the intention would be to split the company into three independent, publicly traded companies and one of these would be a pure-play agricultural business generating estimated revenues of $16bn.

The Dow/DuPont deal is currently being investigated by EU officials because of worries it could lead to higher prices for farmers.