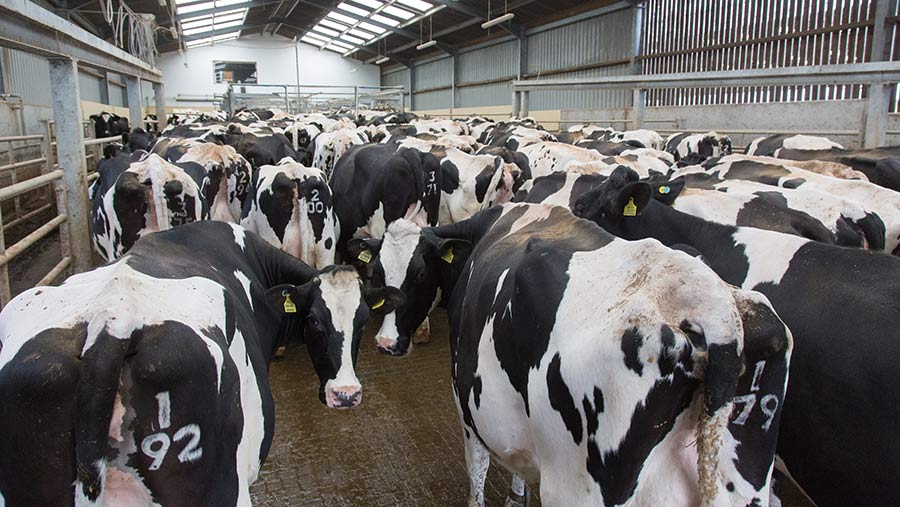 The twin challenges of labour availability and cost, alongside higher feed, fuel and energy bills, are likely to drive structural change in the dairy sector next year.

While many have made decent profits over the past two to three years, depending on their milk contract terms, the rapid inflation of fuel and fertiliser costs will add 2p/litre to production costs next year, said Rob Hitch of Cumbria-based accountant Dodd & Co.

The need to pay more for labour as farming vacancies compete with an ever-growing range of alternative positions in other industries could add a further 1.5-2p/litre to costs – a significant rise, said Mr Hitch.

While the many recent milk price rises are welcome, much of that cash is likely to go to pay those higher fuel, fertiliser and labour bills.

“If the government is intent on driving up wages, we’re in a very competitive market,” said Mr Hitch.

“Smaller farms can turn to robotics, but that’s very expensive on a large scale. There are some very big, very efficient farms that are reliant on employed staff – those that can manage them well and retain staff, offeringgood quality of life, will do well.”

While there is no impression among advisers that a significant exodus from dairy is about to happen, labour has been the topic of conversation, said auctioneer Sally Mitchell, a partner in Greenslade Taylor Hunt (GTH), which runs Sedgemoor Market in Somerset.

GTH has conducted sales of several herds of 300-plus head this year, which is unusual. “There has also been a move to a more extensive system by some, with big, strong, cross-bred cows in demand,” said Ms Mitchell.

The firm is talking to a few producers about dispersal sales next year, with TB playing a big part in timing. Once a farm has a clear test, there are just 60 days in which to hold a sale.

The need for investment can be the main reason behind a sale, with the decisions made easier if there are other options for the land and other resources, said Ms Mitchell.

At accountant Old Mill, partner Dan Heal said many are seriously considering a change to a less-intensive system or even moving out of dairy altogether.

For the many dairy units already being run efficiently, there are several options, he said.

“Scaling back is the most relevant option for many, with many of the next generation seeing the challenges faced currently and not wanting to sign up to that lifestyle,” said Mr Heal.

“Cost inflation is also high on the agenda – budgets are crucial and it is important to look at margins.

“When buying fertiliser at high prices, the poorest-performing cows need to be able to make a return from the forage produced – these are the cows that would go in the event of a forage shortage.  When looking at feed rates, remember it is the marginal litres that need to pay for this and not the overall feed per litre.”

“Producers do tend to follow tradition when applying nitrogen, so nutrient management plans are needed and should be followed,” he said.

“Bovine TB is also still having an effect on many dairy producers – losing productive animals means less milk in the tank and less money in the bank. Compensation does not cover the replacements, so this has a negative effect on cashflow.”

Mr Yearsley said the milk price needs to be about 40p/litre to cover the increase in costs, and give producers confidence to reinvest.